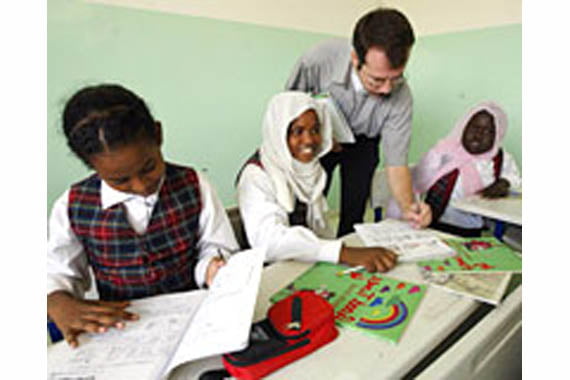 Fethullah Gülen is unusual in adding a distinctly Islamic voice to the calls for a non-violent approach to conflict resolution.

But how well do Gülen’s teachings on non-violence lead to peaceful transformation on the ground? Is his a static and passive approach bounded by dogma, or are we witnessing an innovative, active and self-aware spirit of transformation which really can lead to a new way of defining Islam in action?

Gülen’s contribution might be best understood through the lens of Western practices of non-violent action for social change. Gülen’s approach to non-violence is totally rooted in Anatolian Islamic belief systems, which to an outsider are based on the timeless wisdom of the Quran, viewed as immutable holy writ. A closer reading, however, reveals that Gülen sees the inspiration of his faith as a work in progress rather than being “set in concrete.”

One of the foremost Western minds conceptualizing the nature of cultures of peace is former International Peace Research Association (IPRA) director Professor Paul Smoker, who with his wife, Dr. Linda Groff, articulated the necessary steps to creating such cultures.

Smoker and Groff emphasize the micro and macro aspects of creating cultures of peace. The approach of Smoker and Groff toward cultures of peace is unusual, comprehensive and apt, since they are explicitly identifying dimensions that Gülen’s identifies as important, namely relationships with others, relationships with nature and relati-onships with God. They explore different levels of the evolution of the peace concept in the West. These can be summarized as follows:

* An absence of war is not peace itself, but has to be a precursor for making progress on the other dimensions of non-violent peace building.

* Even when there is an absence of overt conflict, the system is still structurally violent if people starve when there is food available, people don’t get medical treatment when the society has hospitals to treat them, women and men of equal rank do not enjoy promotion because of gender or ethnic prejudices and so on.

* It would be a positive development in the environmental arena if we could combine the Eastern value of living in harmony with nature with the Western democratic value of taking responsibility for one’s own actions based on an internalized value of the need for all of us to be caretakers of planet Earth.

* Outer peace-making (more emphasized in the West) has to be complemented by holistic inner peace (more practiced in the East). The achievement of either inner or outer peace helps create the conditions necessary for the creation of the other type of peace.

The Gülen movement, from an outsider’s perspective, can be considered to have an explicit ambition of eroding structural violence — for example through providing education and shelter to youngsters.

In many senses, Gülen is following the holistic, spiritual and cultural approaches to peace identified by Smoker and Groff above. It is now a global faith-based movement with schools in more than 100 countries, including Kazakhstan, Kenya, Bangladesh, Pakistan, Indonesia, Brazil and Bosnia.

Gülen’s teaching instrumentalizes the teaching of the Quran toward performing daily acts of service-based, peaceful social change. Such an approach in a time of terror can make a difference through interfaith dialogue. To my mind, Gülen’s Abant Platform for dialogue is akin to the Pugwash Movement when it first began its work to prevent nuclear war in the ‘50s. Pugwash allowed a backchannel for diplomats and scientists to keep talking even during the difficult days of the Cold War and led to the processes which not only ended the Vietnam War but the Cold war, too.

Interfaith dialogue is more important now than ever. The Western stereotypes of Islam need to be constructively challenged by Muslims as well as pundits in the West. Gülen’s active compassion for peaceful change based on a precise reading of the Quran can act as a powerful palliative to those who would smear Islam with the label of terrorism. Such work can only be achieved through making a critical mass of thinkers and doers who will engage in peace in the wider world — and that characterizes the Gülen movement today.

The challenge to us all is to find ways of future collaboration that do not undermine our strengths and differences but complement the project and processes with which we are broadly in tune with. Just as in previous times, wise authorities made provision for famine and flood when there were no signs that these were inevitable — so in this time, it is wise to think through future peaceful responses to challenges which may or may not come. For example, the extent to which the Gülen movement can once again respond to state repression using non-violent means may become the test of the integrity of the movement. Many techniques evolved by non-violent activists elsewhere in the world could then come to be of use and significance to the Gülen movement. This is especially important given the emphasis on self-awareness and wisdom in perusing a pacifist approach without compromising beliefs.

Inevitably, any new and expanding faith-based movement will draw attention. This is especially so when that movement has the potential to positively influence other Muslims overseas and change the wider perception of what it is to implement the teachings of the Quran. In future times, such a role may require new notions of nonviolence and civil disobedience within its heart. So far, the movement has steered an intentional course away from confrontation with authorities. But this very success may bring about future confrontation as the popularity, educational, business activities and economic independence of the movement grows.

I feel sure that the many teachers, thinkers and proponents encompassed by this movement will already be meditating on how they should behave to ensure future progress toward new cultures of peace on Earth.

*Dr. Steve Wright is senior lecturer in the School of Applied Global Ethics and an associate director of the Praxis Centre, Leeds Metropolitan University.