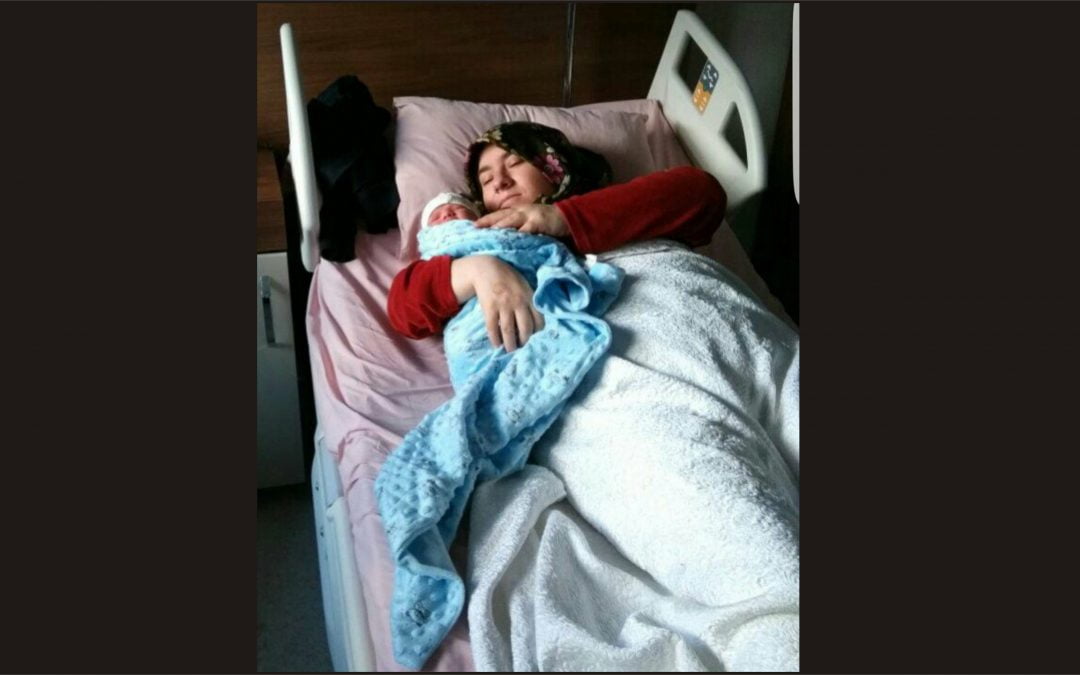 Late on Sunday night, a group of police officers arrived at the hospital and demanded Filiz’s discharge as soon as she delivered her baby, said a tweet by Turkish journalist Hayri Zengin.

Newly emerged video footage shows the moment plainclothes policemen detain Filiz and take her to the police station for interrogation.

This is not the first time Turkish police have detained a woman hours after delivering a baby. On Jan. 30, Fadime Günay, who gave birth to a baby boy late on Jan. 29, was taken into custody.

Police waited outside Antalya’s Alanya Başkent Hospital for hours in order to detain Günay, whose husband was recently taken into custody over alleged links to the Gülen movement, said a tweet by former Turkish parliamentarian Feyzi İşbaşaran.

After her interrogation at a police station, Günay was remanded to court with her baby, who was taken by relatives when she entered the courtroom. The court ordered Günay to spend one more day in the hospital.