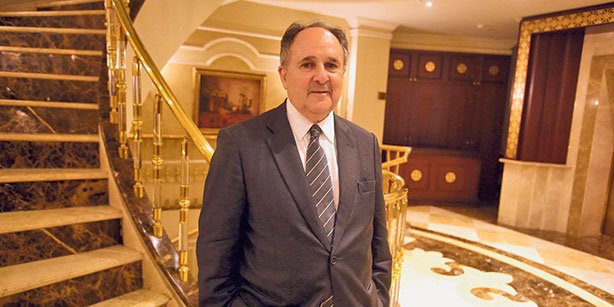 Respected Brazilian senator and Professor Cristovam Buarque, well known for his dedication to education, told Sunday’s Zaman during a visit to İstanbul that he has been impressed by the investments of Turkish businessmen who are inspired by the Gülen movement, also known as the Hizmet movement, in education even without an expectation of profit.

Buarque, who delivered a speech at a panel discussion in İstanbul, also visited Fatih and Süleyman Şah universities in the city which are institutions established by entrepreneurs influenced by the teachings of Turkish Islamic scholar Fethullah Gülen. According to Buarque, in Brazil people invest money in something only to make more money. However, he says that in the Turkish example, “Foundations were created thanks to the money of businessmen who expect no profit in return.” Buarque believes that such educational institutions were made possible “thanks to the ideas of Fethullah Gülen, who proposed this forty years ago.” He refers to Gülen’s emphasis on the importance of education and idea that Turkey needs more schools than mosques. “Businessmen who heard his ideas did it,” Buarque points out, having spent his life committed to education before retiring as rector of a university in Brazil. According to him, the success of the Hizmet movement in education outside of Turkey is even more surprising. “This is not likely in Brazil; perhaps we are more materialistic, not idealistic,” he further comments while stating that the Hizmet movement might be a good model for Brazil if a change in mentality could take place in the future.

What is the motivation of these Turkish entrepreneurs? For Buarque, Turks have a strong nationalist mentality that is “stronger than [that of] many other nations.” He believes that nationalism comes from the Atatürk revolution. In addition, Buarque believes that the religiosity of the Turkish people helps their commitment to the movement.

‘I do not need two salaries’

Buarque, an idealist who refuses to take his salary as a senator because he believes the retirement pension he receives as a rector is enough for him, is an ardent supporter of education. In his opinion, “The transformation we need is not possible without education.”

What kind of a transformation is Buarque talking about? He dreams of a reduction in consumption and being ¨happy with austerity.” According to him, the purpose of progress has always been consumption and production, rather than focusing on being happy. “You do not need to consume more to be happier and well,” Buarque states. He argues that what he proposes is not socialism, but close to social democracy even though he has not coined a name for this system. ¨I think it is a lot better to have public transportation than to have a car,” Buarque points out. However, his hopes rest in the future generations since his generation was accustomed to consumption.

“There must be a maximum limit not on income, but on consumption,” Buarque proposes. Although he does not see a change likely in the foreseeable future, he sees signs of hope in the remarks of leaders such as the pope and President Obama because the former used the concept of “degrowth” while the latter proposed changes to laws regarding ecological issues. He believes that creating a “tolerable inequality” is possible.

Suggesting a “more balanced distribution of consumption between rich and poor,” Buarque believes that it is only possible through a change in mentality by means of education. However, he argues that of the 50 million students in Brazil, only 10 million have access to good schools, a problem which is not peculiar to his own country but also to the world at large.

The president did not abort corruption investigation

Buarque, who ran for president and came in fourth in the election, has left his Workers’ Party because the party became traditional after failing to make reforms and could not stay clear of corruption.

He praises Brazil’s President Dilma Rousseff for not aborting the corruption investigations within her own party even though she had the power to do so, pointing out that “the government respected the rule of law.” However, he criticizes the government for not being able to improve the education system or the economy in Brazil.