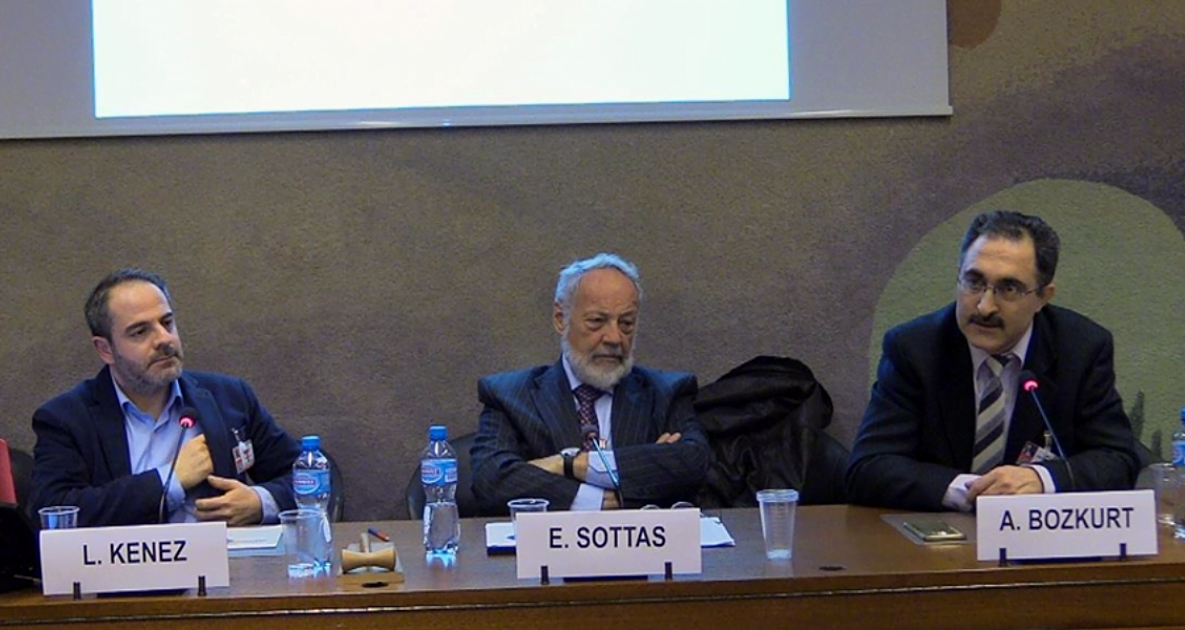 Abdullah Bozkurt, former Ankara chief for the now-defunct, Gülen-linked newspaper Today’s Zaman, and also defunct Meydan editor-in-chief Levent Kenez, participated in the panel at the U.N. Office in Geneva during the 40th session of the U.N. Human Rights Council.

The Turkish government accuses the two of membership in the Gülen movement, a religious group led by Fethullah Gülen, a U.S.-based cleric Ankara accuses of leading a terrorist organisation that orchestrated the July 2016 coup attempt to topple the government of President Recep Tayyip Erdoğan.

The government has implemented crackdown on media, among other sectors, following the failed putsch with Turkey becoming a leading country of jailed journalists.

Pro-government newspaper Daily Sabah reported on Kenez and Bozkurt’s participation in the panel, referring to the two as “terrorists.”

Kenez took to Twitter to say that Turkey’s foreign ministry had unsuccessfully tried to cancel the panel.

Bozkurt also posted on the panel on Twitter, saying, “As a panelist, I joined a discussion about #Turkey at the United Nations’s Geneva office during UN Human Rights Council #HRC40 . Told about rights violations, and how @RT_Erdogan has jailed journalist to cover its tracks with armed jihadists thugs in #Syria .”

1) As a panelist, I joined a discussion about #Turkey at the United Nations's Geneva office during UN Human Rights Council #HRC40. Told about rights violations, and how @RT_Erdogan has jailed journalist to cover its tracks with armed jihadists thugs in #Syria. pic.twitter.com/USTpdgdxfi

Kenez and Bozkurt have both fled Turkey following Ankara’s crackdown on the Gülen movement.

Following the failed coup attempt, about 200 media outlets in Turkey were shut down under the state of emergency decree that lasted until July 2018.

Reporters Without Borders (RSF) placed Turkey 157th out of 180 countries on its World Press Freedom Index in 2018, down two from the previous year, and called Turkey the “world’s biggest jailer of journalists” in its 2018 report.