Journalist Cem Küçük, a staunch supporter of Turkish President Recep Tayyip Erdoğan, suggested during a live TV program that Turkish intelligence should kill family members of jailed Gülen followers in order to turn the inmates into operatives for the Erdoğan regime. 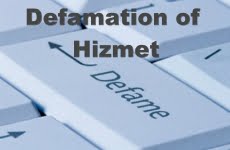