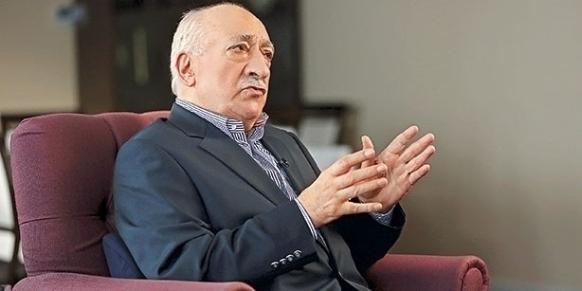 The Interior Ministry has set up a website that includes the names of Turkey’s most wanted terrorists, placing Gülen’s name in the red category, which is for the most dangerous terrorists, alongside senior Kurdistan Workers’ Party (PKK) operatives such as Murat Karayılan, Cemil Bayık, Fehman Hüseyin and Duran Kalkan.

President Recep Tayyip Erdoğan and the Justice and Development Party (AK Party) announced their attention to launch a war against the Hizmet movement after a corruption probe went public on Dec. 17, 2013, incriminating senior members of the government, the sons of three now-former ministers and some of Erdoğan’s family members.

Erdoğan has accused the movement of being behind the probe and attempting to overthrow his government, while the movement strongly rejects the claims. He regularly refers to the Hizmet movement as the “parallel structure,” a derogatory term used vilify members of Hizmet as a threat to national security.

Mark Webb, a sociologist and the chairman of the philosophy department at Texas Tech University, recently described the branding of Gülen as a terrorist as a “very alarming development.” Speaking at the opening ceremony of the National Association of Graduate Studies and Research in Social Sciences (ANPOCS) in Brazil, Webb told the Cihan news agency, “I’ve known the movement since 2004 … and I’ve never seen any reason to think that they have any kind of desire to take power or desire to change anything.”

“They just want to be free to do the service activities that they do,” said Webb, who is a specialist in the philosophy of religion. “So this turn of events is really surprising to us.”

The website to which Gülen’s name was recently added, terorarananlar.pol.tr, is used by the police to determine the identities of wanted fugitives and is currently on the database of police stations in 81 provinces in Turkey.

A number of experts have said that the campaigns against the Hizmet movement are reminiscent of the websites set up in the past by members of the Turkish Armed Forces (TSK) to discredit the AK Party. In the years after 2007, the Turkish General Staff founded roughly 40 websites to discredit the AK Party government. Many believe that websites such as terorarananlar.pol.tr are being used to the same end and that by placing Gülen on a list of terrorists, the government is attempting to alter the public’s perception of Gülen.

An investigation into the propaganda websites set up by members of the TSK began in 2010 based on evidence found in the home of ret. Col. Hasan Ataman Yıldırım, a suspect in the case. Later, an anonymous whistleblower from inside the military sent an email to inform the public and prosecutors that the General Staff had established 42 websites for the purpose of disseminating propaganda about the government and religious communities.

Ret. Col. Dursun Çiçek said in 2011 that a document showing that the TSK had set up websites to disseminate anti-government propaganda was authentic. Çiçek’s signature was found on the order to create the websites.