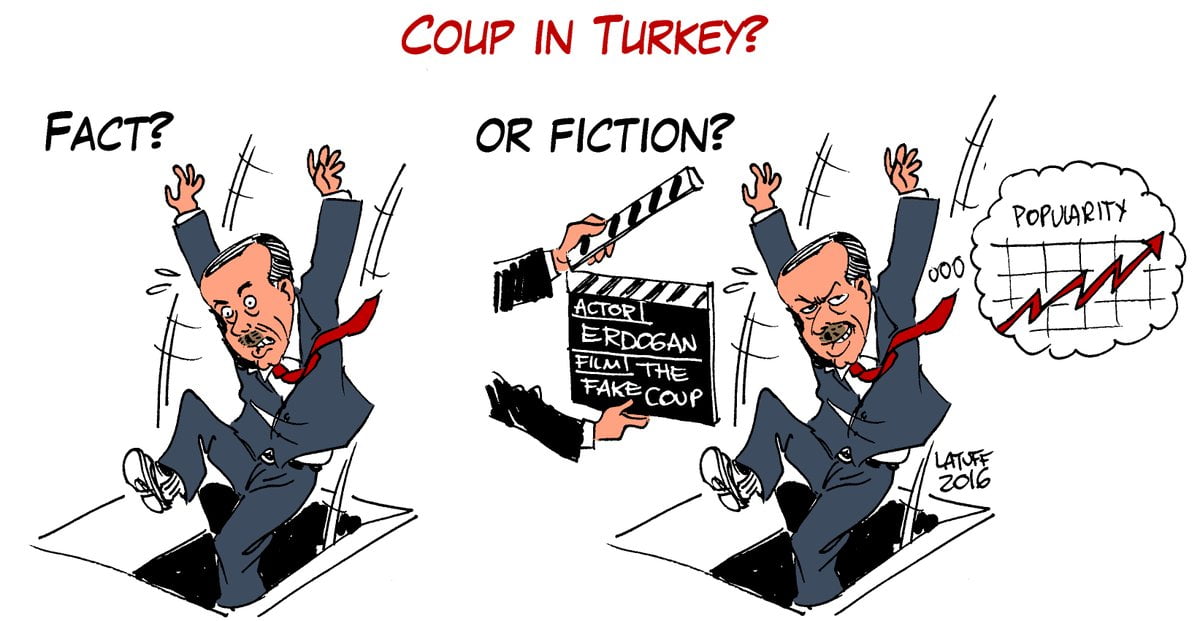 The comments by Gulen, 76, has lived in self-imposed exile in Pennsylvania since 1999, were included in a report released Wednesday by the Stockholm Center for Freedom in Sweden.

Erdogan has accused the Hizmet movement that Gulen inspired of causing the July 15 coup attempt.

Gulen said government’s accusations were “launched to pursue an unprecedented witch-hunt against the movement.”

His comments were included in the 191-page report, which was disclosed by Turkishminute.com.

According to news reports, more than 300 people were killed and over 2,100 were injured during the coup attempt.

Overall, more than 100,000 people have been arrested or fired from their jobs, accused of having connections to Gulen.

According to the Stockholm Center’s report, Gulen “made it clear if anyone who was sympathetic to the Hizmet movement took part in this heinous act, they betrayed the very ideals of the movement.

“Gulen reiterated his call for an international commission to thoroughly investigate the coup, an offer that [Erdogan] has failed to respond [to],” the report said.

“Last year’s failed coup attempt in Turkey [was] nothing but a false flag orchestrated by Turkey’s autocratic President Erdogan and his henchmen to create a pretext for [the] mass persecution of critics and opponents in a state of perpetual emergency,” the report concluded.

Nazli Ilicak The Journalists and Writers Foundation (GYV) has responded to a series of claims about and slanderous accusations against the Hizmet movement. Currently there is a lot of insulting talk on social media and in some media circles about the movement. Some columnists who support the ruling Justice and Development Party (AK Party) claim that members of […]