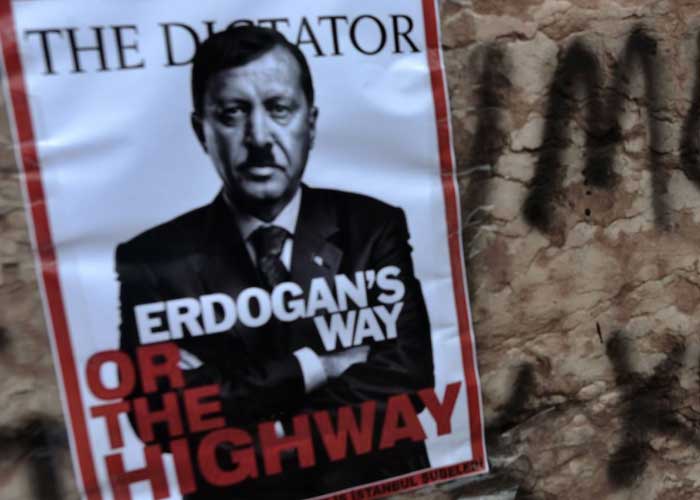 Reuter was forced to flee Germany to Turkey along with his family when Nazis consolidated power in 1933.

What is currently happening in Turkey reminds me of the beginnings of the Nazi era in Germany,” Reuter said in an interview with Turkish journalist Can Dündar, who now works for Germany’s Zeit media platform.

Turkey survived a military coup attempt on July 15 that killed over 240 people and wounded more than a thousand others. Immediately after the putsch, the government along with President Recep Tayyip Erdoğan pinned the blame on the Gülen movement, inspired by Gülen. The movement strongly denies any involvement in the coup attempt.

Erdoğan — calling the coup attempt “a gift from God” — and the government launched a widespread purge aimed at cleansing sympathizers of the movement from within state institutions, dehumanizing its popular figures and putting them in custody.

About 105,000 people have been purged from state bodies, in excess of 75,000 detained and over 35,000 have been arrested since the coup attempt. Arrestees include journalists, judges, prosecutors, police and military officers, academics, governors and even a comedian. Critics argue that lists of Gülen sympathizers were drawn up prior to the coup attempt.

In the latest post-coup purge, Turkish government detained 14 columnists and executives at secular newspaper, Cumhuriyet. The move was followed by detentions of 11 deputies of the pro-Kurdish Peoples’ Democratic Party (HDP) on late Thursday.