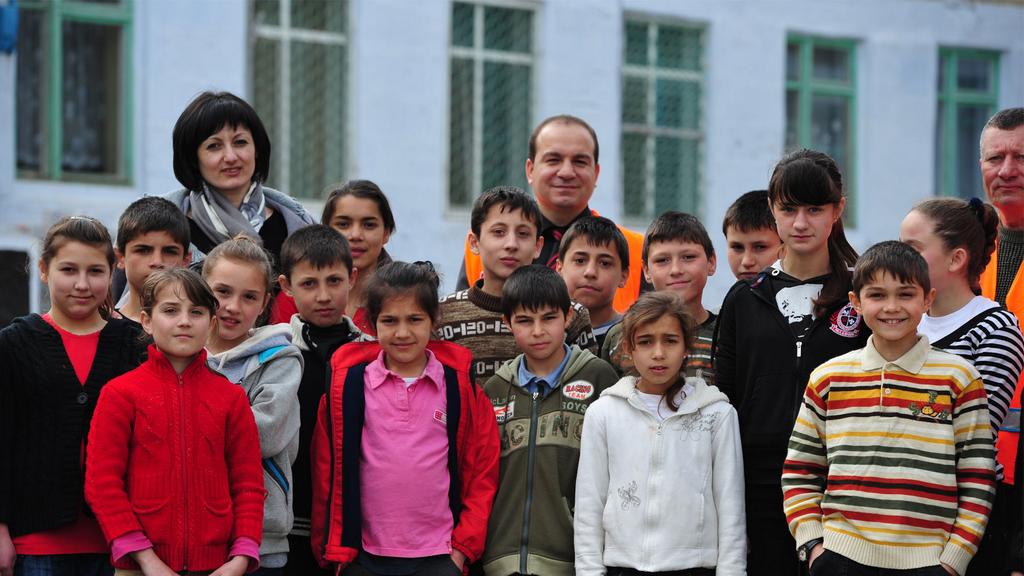 Orphanages in Moldova are in the hope that donations by the Turkish people through Kimse Yok Mu continue without interruption.

Orphanages in Moldova are in the hope that donations by the Turkish people through Kimse Yok Mu continue without interruption.

The officials of the orphan school in the capital Chișinău expressed their gratitude to the foundation, which equipped the school with computers, desks and lab supplies. “I would like to thank Kimse Yok Mu and the Turkish people for their donations. We’re definitely looking forward to more,” the school’s president Yuriy Dontsıu said. Governor of Lunga, a city in Autonomous Territorial Unit of Gagauzia, Sergey Buzadjı said they’ve been keeping tabs on the current incidents in Turkey. Buzadji went on to say the orphanage needs continuous donations. “Many thanks to those who spared no assistance. We hope that donations from Turkey, our brotherly country, will continue without a break. Charities should not be stopped in a democratic country. Donations for Moldovans, impoverished countries and the needy at large should continue.”

Among the students, a young girl said she is looking forward to assistance from giving people in order to be able to afford her eye surgery. Afterwards, the students called out to the Turkish donors saying in unison, “We need your help.”

Kimse Yok Mu has launched four different donation campaigns along with alternative featured gift options for those looking for a meaningful gift on Valentine’s Day. According to Kimse Yok Mu press release, the charity foundation, which has a bright record of life-saving campaigns, expanded its scope including couples admirably wishing to give a unique and […]