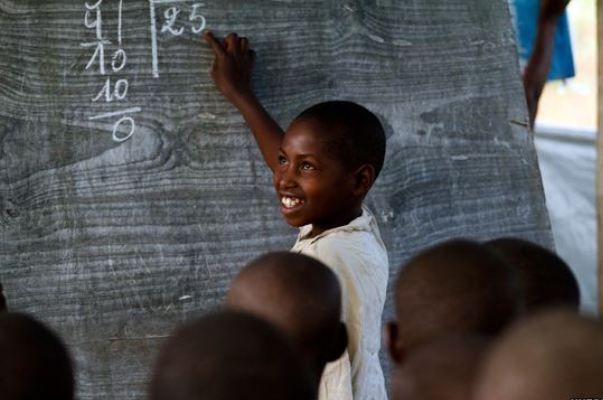 Education is the primary issue in the world, a recent report by United Nations Educational, Scientific and Cultural Organization (UNESCO) reveals. Earlier in 2000, UNESCO launched a project, Education for All, aimed to monitor the progress in education in six categories. It is one of the world’s largest programs. Monitoring reports periodically displays the progress towards the goal in each country. The recent such report pronounces a global education crisis, which is worth to be accentuated.

It’s not a coincidence that the report has been released in Addis Ababa, Ethiopia. The African continent is where the most challenging problems in education linger. 250 million children around the world still lack literacy. The number-one goal is therefore to improve the quality at schools. It results in a need for quality teachers, above all, as they play the most crucial role in schools’ quality. It is because predominantly incompetent teachers are employed at the troubled most schools. These schools bring about not only a poor education but also a financial loss of $129 billion annually, according to the report.

Roland Bernecker, Secretary-General at German Commission for UNESCO, understandably said the world has to concentrate more on education in the future. A total of 5.2 million teachers are anticipated to be hired globally but chances are low.

I have mentioned above the report’s particular emphasis on teachers as a crucial factor. As Bernecker puts it, quality teachers are the key to quality education. The report also urges state officials to encourage teaching profession in their countries.

A radical overhaul in education has long been an imperative anyway, as a result of the advent of technologies such as PC, internet and Facebook in lives of the young-aged. In countries like Germany, where low socioeconomic backgrounds of students may hinder their education, this is not the first time that more consideration for children’s individual needs is demanded. The report portrays the landscape and points to the needs. However, the major question is about what kind of a teacher profile and education model will take the world out of this crisis.

The Turkish schools around the world, which have made a name for themselves globally, seem to be giving some clues in this respect. Indeed, these schools are the world’s largest education project in action, overcoming the needs pronounced in the UNESCO report. Characterized by a flexible education model compatible with every host country around the world, close teacher-student-parent relations, student-centered instruction in modernly equipped classes and a new teacher profile; these schools can fulfill a remarkable mission in the world’s way out of the education crisis.

It would be a good idea that the Turkish schools form a commission for UNESCO, if not already available, and release periodical reports on how they contribute to their host countries’ education and society. Because all these educational efforts carried out globally have implications for UNESCO’s Addis Ababa report. They also present a role-model to the world.

This model offers practical perspectives and practices in redefining “the human” and his needs, reintegrating him into society, overcoming the physical and methodological obstacles to education and leading a robust performance in the path to global peace. Although the report correlates the education crisis at first glance with poverty and social background, education remains as the number-one problem, in a varying extent, in the developed countries as well. What needs to be done is to convey how the Turkish schools are tackling or minimizing many educational problems and, finally, to find out what aspects of the schools’ methods can apply to public schools.