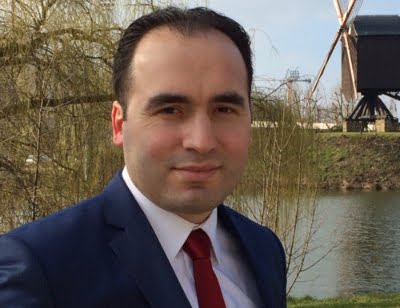 Anaz was stabbed and seriously wounded by one of his in-laws during a dispute in Merksem district on Wednesday.

Police told media that the incident came just after a political discussion and Anaz’s lawyer said the attacker was not directly involved in the conversation. “The victim received two stab wounds in the arm and hand,” police added.

Anaz, who was taken to a hospital in a neighboring city, works as one of the spokespersons for FEDACTIO [Federatie van Actieve Verenigingen van België], an umbrella organization with member associations all over Belgium.

Established with the aim of cultural integration between Belgium and Turkey in 2010, FEDACTIO was attacked by Erdogan supporters also in the very aftermath of the July 15, 2016 coup attempt, for which the Turkish government pinned the blame on the Gulen movement. FEDACTIO’s premises were damaged by stones thrown by pro-Erdogan youngsters back then.

Daily Sabah, a pro-government English-language Turkish daily said on July 5 that FEDACTIO “acts as an umbrella organization for FETÖ in Belgium.”

FETO is a derogatory buzzword coined by Erdogan who calls the movement as Fethullahist Terrorist Organization, a clear reference to Fethullah Gulen, a US-based cleric who inspires the movement.

Cem Küçük, a staunchly pro-government journalist known for his attacks on government critics on social media, earlier suggested that Turkish government supporters living overseas were willing to carry out the assassinations and that the Turkish National Intelligence Organization (MİT) has the authority to carry out such acts outside the country.

Turkish government has already detained more than 120,000 people over links to the movement in Turkey and Erdoğan called on foreign governments to punish Gülen followers in their own countries. Only a small number of countries including Saudi Arabia, Malaysia, and Myanmar have deported Gulen followers upon Turkey’s request so far.

Fatma Koyun, a teacher with an 82 percent physical disability who was dismissed from his job as part of a post-coup investigation, says her husband as well as her brothers have been under arrest for months.