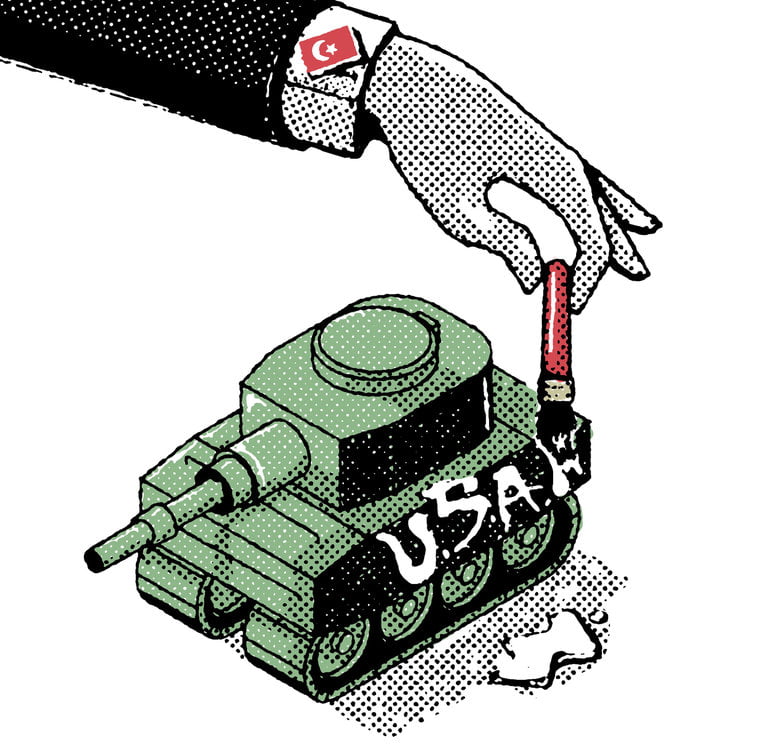 Shaken by a failed coup attempt, Turkey’s government and many of its citizens are desperate for someone to blame. Instead of undertaking a thorough investigation of the facts, though, they have accused the United States of complicity in the insurrection. This has ignited a new wave of anti-Americanism that, combined with a sweeping government crackdown against enemies real and imagined, poses a serious risk to NATO, relations with the United States and Turkey’s long-term stability.

The main culprit behind the July 15 coup, according to President Recep Tayyip Erdogan and other Turkish leaders, is Fethullah Gulen, a Muslim cleric who has lived in self-imposed exile in Pennsylvania since 1999 and has denied any involvement in the attempted overthrow. But the pro-government press, political leaders and ordinary citizens across all segments of society are also pointing fingers at Washington, which has denied any involvement.

When Gen. Joseph Votel, the top American commander in the Middle East, told a security conference last week of his concerns about the effect of the purge on Turkish officers, including some who worked with the Americans and are now jailed, Mr. Erdogan faulted him for taking “the side of the coup plotters.” On Tuesday, Mr. Erdogan kept at it, giving a speech in which he said that in standing by the putschists, the West supported “terrorism.”

Meanwhile, the pro-government newspaper Yeni Safak accused the C.I.A.; Gen. John Campbell of the Army, formerly a NATO commander in Afghanistan; and Henri Barkey, who runs the Middle East program at the Woodrow Wilson Center, of being behind the insurrection. The evidence against Mr. Barkey? When the coup erupted, he was on an island near Istanbul holding a workshop for academics. The paper called it a “secret meeting” and said he made several telephone calls, hardly a suspicious activity. It also ran a headline claiming the United States had tried to assassinate Mr. Erdogan that night.

It makes no sense that the United States would seek to destabilize a NATO ally whose cooperation is crucial to alliance security as well as to the fight against the Islamic State, especially when much of the region is in chaos.

While it is understandable that the Turks are rattled by the coup attempt, in which Mr. Erdogan said 237 people died, they are playing a duplicitous and cynical game. Mr. Erdogan has faulted Western nations for not condemning the coup firmly enough, but his real beef seems to be that they have expressed alarm over his use of the crisis to purge some 66,000 people from the military, government ministries, schools and universities. That is far more than could possibly be justified, and so sweeping as to radically upend the character and competency of those institutions.

American officials assume, with good reason, that Mr. Erdogan is ratcheting up his criticism to press Washington to comply with his demand that Mr. Gulen, a former ally who broke with him a few years ago, be extradited to Turkey. Turkey has given the administration documents but no formal legal request for extradition, and so far the Americans see no evidence that Mr. Gulen was culpable.

Turkey’s real job is to get to the bottom of who orchestrated the coup and why. But that requires setting aside conspiracy theories in favor of unbiased fact-gathering.

The expectation in Washington is that tensions over Mr. Gulen will worsen, and could draw Turkey closer to Russia. Still, American officials say the Turks have given private assurances, including to Gen. Joseph Dunford Jr., the chairman of the Joint Chiefs of Staff, when he visited Ankara on Monday, that they will continue to cooperate in the fight against ISIS. So far the assurances are holding.

Over the long term, the United States and NATO have a more profound problem on their hands: What to do with a vital ally that is veering far from democratic norms? American officials say they have begun to study options, including whether NATO might one day have to decide on some kind of consequences, so far unspecified, for antidemocratic behavior.

Even the mention of possible action by NATO would be likely to infuriate Mr. Erdogan. But it is hard to see how Turkey can be a trusted ally if it embraces principles and practices so at odds with the West, or how the country can ensure its own continued development and security without NATO as an anchor.