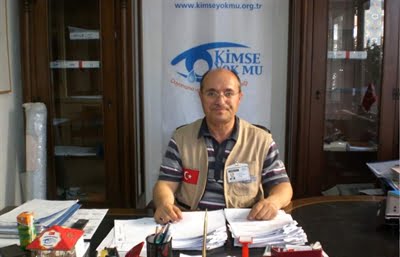 Kimse Yok Mu Foundation remembered the needy Bangladeshi in this Eid al-Adha, like it has always done. Those in need received beef donations on the first day of the eid across the nation. Local officials in the city Chadpur, including the governor İsmail Hossain and chair of Dakka Chamber of Commerce, too joined the distributions in person, besides giving away their own donations. The governor Hossain said, “Kimse Yok Mu has been very well-received here. Many thanks for the donations. We’re looking forward to further assistance.” Likewise, Khan said, “Bangladesh has a very large needy population. So many people will benefit from further aid efforts. We are so grateful.”

The foundation officials reported they’ve reached out to over a thousand of families. Among the aid recipients were young children who were there, as their parents couldn’t make it because of their poor health. “We are poor people. I am here because we have no meat at home. My parents would come here but they are sick,” one of them said.  Published [in Turkish] on Cihan, 6 October 2014, Monday