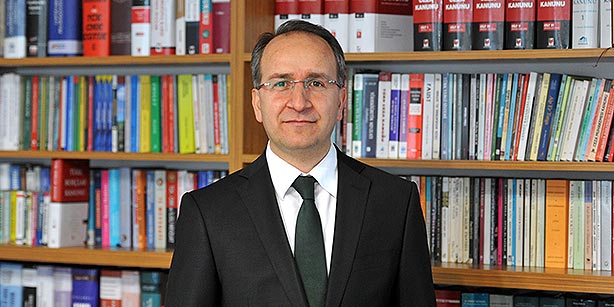 Gülen’s lawyer, Nurullah Albayrak, issued a statement in response to an article by by pro-government Star daily columnist Nuh Albayrak, who argued on Wednesday that after the government began to not respond positively to the demands of the Gülen movement on issues related to the Religious Affairs Directorate, the movement launched a war against the institution and its head, Mehmet Görmez. The columnist claimed that the movement, which he refers to as the parallel structure — a term coined by President Recep Tayyip Erdoğan to disparage the movement — is behind the recent increase in criticism of the directorate by the opposition as well.

He further argued that the movement, and even Gülen personally, wanted to prevent the employment of Professor Kemalettin Özdemir, a former member of the movement, at the directorate. The columnist claimed this was done by telling Görmez that the professor had “inappropriate relations” with women.

The columnist also claimed that former intelligence unit chief Ramazan Akyürek, who was dismissed by the government over his alleged closeness to the movement, sent an intelligence officer to Görmez to show him an inappropriate video of Özdemir.

Albayrak said the “slanderous” article is far from the reality and is a part of an “ugly scenario which aims to divide people.”

“This article shows that some politicians want to use religious arguments and rumors of [sex] tapes as topics ahead of the [June 7] elections,” Albayrak said.

Albayrak stressed that none of the quotes attributed to Gülen in the article are true, adding that legal action will be immediately taken against those who voiced these claims.

Akyürek’s lawyer also issued a statement on Wednesday to deny the columnist Albayrak’s allegations. Lawyer Adnan Şeker said the parts of the article which are related to his client are all “slander.” Şeker also called on Görmez to announce that the claims are not true, saying otherwise he would be a part of this campaign of slander.