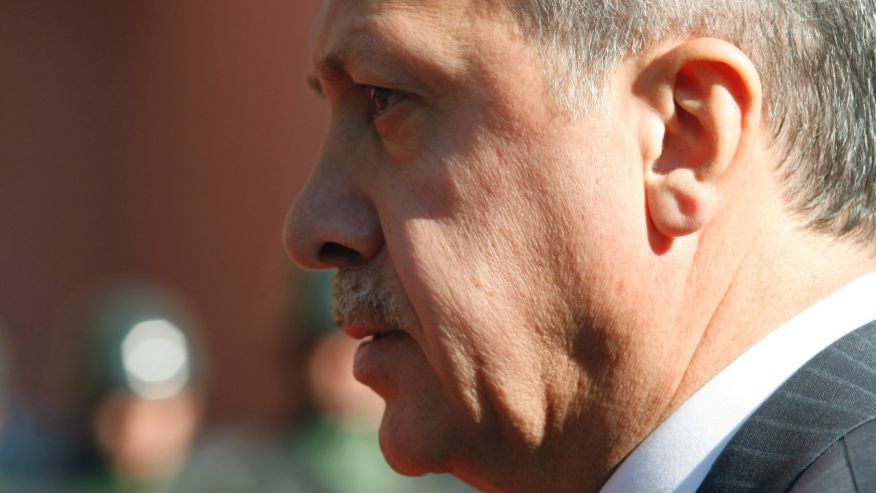 Now, Erdogan is taking his feud even farther – to American courts and the U.S. court of public opinion. While Americans may wonder what this far-away feud means to them, the stakes are high: Erdogan’s drive toward dictatorship threatens to fracture Turkey’s 72 million people along religious, ethnic and ideological lines, imperiling its critically important role as a regional stabilizer and in the war against terrorism. Far from being a target of Turkey’s government, Mr. Gulen and the moderate Muslim movement he has inspired should be valued allies in the international campaign to counter religiously motivated violent extremism.

Make no mistake: America has become a battleground in Erdogan’s effort to pursue and punish his enemies.

Hiring a high-powered, London-based attorney, Robert Amsterdam, the Turkish government is behind a lawsuit against Mr. Gulen in federal court in Pennsylvania, where the scholar, preacher and peace activist lives in exile. The suit, riddled with trumped-up charges, was clearly a response to Mr. Gulen’s public denunciation of the trajectory of Erdogan’s regime.

In addition to this frivolous, politically motivated legal action, Erdogan’s allies have been fueling an orchestrated campaign to defame Hizmet, the global movement inspired by Mr. Gulen that includes schools, hospitals, charities and rescue organizations in more than 160 countries. The witch-hunt has targeted the coeducational, non-denominational  schools, stressing math and science, which serve diverse populations across the world and in the US.

In this battle between the strongman and the scholar, Americans should recognize Mr. Gulen as an advocate of human rights, religious freedom and world peace.

The U.S. often asks moderate voices in the Islamic world to condemn violent extremism. Without even being asked, Mr. Gulen does this – unhesitatingly and unequivocally and on numerous occasions.

The Hizmet movement’s interfaith, educational, health care and philanthropic programs in Turkey and throughout the world address the discontents that give rise to terrorism. Unlike those who foment division, the Hizmet movement promotes interfaith harmony through dialogue with Christians, Muslims, Jews and adherents of other religions.

But, far from valuing Hizmet as a national asset, the Turkish government vilifies it – and Mr. Gulen in particular – as Public Enemy No. 1, placing it in “the red book”of national security.

Why does Erdogan hate Hizmet?

In the past, including his election in 2002, the Hizmet movement supported Erdogan’s efforts to democratize Turkey and promote reforms to pave the way for membership in the European Union.

But, as Erdogan became increasingly authoritarian, the Hizmet movement began to criticize him and his party. When an official investigation of Erdogan’s government in 2013 found wrongdoing among his close associates and family members, he accused the Hizmet movement of infiltrating the police and judiciary, creating a “parallel structure” that was attempting a coup d’état.

Seeking to purge real and alleged Hizmet members, Erdogan’s administration has arbitrarily shut down newspapers like Zaman and imprisoned journalists. It has removed some 2,500 judges and prosecutors and more than 45,000 police officers and civil servants from their positions, alleging that they attempted to overthrow the government. In addition, the government has imposed extra-judicial fines, seizures, raids and tax inspections on schools, hospitals, humanitarian organizations, businesses and banks because they were perceived to be associated with Hizmet.

Meanwhile, at public rallies and on national television, Erdogan has vilified participants as “perverts,” “traitors,” “blood-sucking vampires,” “assassins,” “spies” and “collaborators with Mossad,” and called the Hizmet movement “a terrorist organization acting on the orders of foreign powers.” This hate speech has encouraged hate crimes, such as the murder of a Hizmet member last year in the city of Yalova in northwestern Turkey.

With approximately half the population opposing him, Erdogan pursues Hizmet more than most of his adversaries because, unlike his other critics, Mr. Gulen and his supporters are observant Muslims. Hizmet’s emphasis on religious tolerance, social service and democratic values can help to heal the very divisions that Erdogan is exacerbating.

In order to force a U-turn in Turkey, Americans need to pull back the blinders to what’s really going on. Erdogan’s full-throttled campaign against Mr. Gulen has everything to do with his paranoia and quest for power and influence, and nothing to do with Mr. Gulen and the global movement he has inspired. The criminal prosecution and jailing of journalists and the heavy-handed treatment of security issues in Kurdish majority towns make it clear that he will not stop crushing dissent until he fulfills his ambition of ruling the country without checks and balances.

The issue is not only about the future of Hizmet but also that of social cohesion, human rights, religious freedom and democratic and civil society in Turkey, throughout the Muslim world and in Muslim diaspora communities across the globe.

Emre Celik, an Australian based in Washington, D.C., is president and CEO of the Rumi Forum, a nonprofit, nongovernmental organization that fosters interfaith and intercultural dialogue, democracy and peace throughout the world. It is inspired by the teachings of Fethullah Gulen. He can be followed on Twitter @emrecelikrumi.