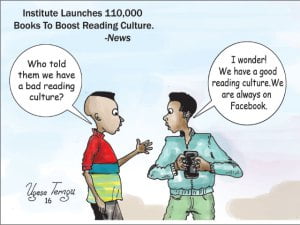 A Turkish political, non-governmental, civil society organisation, Hizmet Movement, has made commendable contributions in Nigeria’s socio-economic life. The movement, which began in the late 1960s, particularly focuses on education, charity and dialogue, which it believes are the remedies to ignorance, poverty and disunity. Their first school in Nigeria was launched in a rented building with only 23 students, but today, there are 16 primary and secondary schools in Kano, Kaduna, Abuja, Ogun, Lagos and Yobe, with another slated for Uyo in Akwa Ibom State and which are together known as the Nigerian Turkish International Colleges (NTIC).

It has also established a university, the Nigerian Turkish Nile University and the Nizamiye hospital which it proposes to upgrade to a teaching hospital soon. Before these, it put in place the first Surat Group in Nigeria which is philosophically affiliated with the Hizmet Movement with emphasis on education, charity, health and philanthropy. It was founded in 1998 by Turkish investors with a mission to spread the gospel of exceptional education across Nigeria in collaboration with Nigerians. Hizmet Movement activities extend to 140 countries where it has affiliations and has also built well over a thousand schools in those countries.

The followers and participants of Hizmet Movement are encouraged to work in the civil service and to be a useful part of society through their charitable actions or work. The founder of the movement, Fethullah Gulen, is an Islamic preacher from Turkey, who is deeply rooted in the tradition of Islam and has lived in Pennsylvania, USA for the past 15 years. He is the inspirer of the Gulen movement, often referred to as the Hizmet, which means service, by its followers. Being a pseudo political movement, it played a key role in the emergence of Recep Tayyip Erdoğan as leader of Turkey. However, the movement is of the view that Turkey is going downhill as her politics have been greatly polluted and morally degenerated. It has criticised President Erdoğan’s aspiration to switch from the current parliamentary system to a presidential system as he wants to enjoy more executive powers under a presidential system.

Actually, the movement ran into bad waters after the corruption investigation which was targeted against members of the inner circle of Erdogan’s administration, which led to a wave of detentions of some people in that government. Following the parting of ways between the government in Istanbul and the Movement, the government is alleged to have concluded plans to close down prep schools which are Gülen- inspired and has also started a campaign to eliminate all organisations that have ties to the Gülen movement at home in Turkey and elsewhere around the world, including Nigeria.

We do not want to get ourselves involved in the politics of Turkey as that is her internal affairs. Our concern is that the perceived bad blood between the Hizmet Movement and the Erdogan’s administration may extend to the good work the movement is doing in Nigeria particularly in the areas of education and health which is translating into millions of dollars in direct foreign investment.

Speculations are rife that high level diplomatic moves are already on to frustrate the movement out of Nigeria and scuttle its plans to establish more schools and hospitals in parts of the country. We urge that this must be nipped in the bud because of its wider implication for the future of Nigerian children. Hizmet Movement is, indeed, the kind of development partner Nigeria and Nigerians want and must be encouraged.