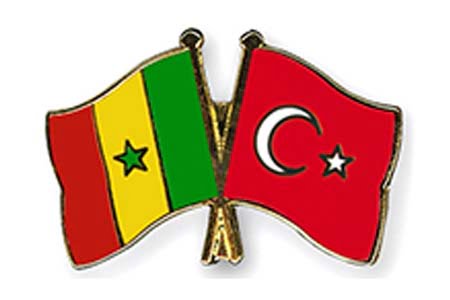 Teranga is another name for Senegal. It means hospitable in the Wolof language. It is a door that opens from the West to Africa and from Africa to the West. Here, the vast sand sea of Great Sahara comes to an end; desert gives way to the giant waves of the Atlantic Ocean and scorching heat turns into a mild coolness.

While its neighbors are shaken with coup d’états, civil wars and violence; Senegal, which is ta symbol of peace, faith and security in its region, was the home to a very important symposium: “Finding Common Denominators in the Globalized World: Contributions of the Gulen Movement.” Senegal is one of the few exceptions to the violence and political turmoil plaguing the continent. In 2012 elections, the incumbent president Abdoulaye Wade turned over the presidency to Macky Sall with a maturity that is rarely seen in Africa. This was a strong indicator that democracy culture is thriving in this country. Moreover, the fact that the first president of Senegal Leopold Sedar—a Christian has served in that capacity for twenty years and is still well respected by most everyone shows the political and cultural tolerance of this Muslim majority country. What surfaces as relatively calm political governance periods stems from the country’s political culture, which is founded upon Senegal’s understanding of a moderate religion and Sufi groups that embrace the same values.

Students of a 20th century Muslim Saint Ahmadu Bamba’s movement Muridiyya has adopted a pacifist struggle against the colonial powers and never resorted to violence. Aside from their role in establishing Senegal’s culture of tolerance, these groups that appeal to millions have a direct effect on the religious devotion of the Senegalese, which can be seen in Dakar and its suburbs. This symposium was the first step that Ebru magazine took to share its values with the Francophone peoples. The program included a symposium with the participation of academicians and thinkers from Turkey, Europe, the USA, and Africa and an exhibition showcasing the holy trusts from Turkey’s Topkapi Palace. It included satisfying academic discussions and helped 800 people to get acquainted with each other.

The Atlantic Turk-Senegalese Intercultural Dialogue Foundation, Yavuz Selim Colleges, Senegal Education Ministry and Cheikh Anta Diop University organized the symposium together. Speakers from 12 countries talked about the fruits of Gulen’s ideas that are borne in their respective countries. Professor Suat Yildirim from Turkey said “it’s not a movement that was born yesterday and blown out of proportions by a marginal portion of the society” about the Hizmet movement. According to professor Irfan Yilmaz, Hizmet movement showed that it was possible to look at science from a religious perspective through publications like Ebru magazine.

Idesbald Nicaise from Belgium talked about contributions to education and dialogue of the Lucerna Schools, Filip Stanciu from Romania about Lumina University, Yasien Mohamed from South Africa about Star Colleges’ in their countries, all Hizmet movement institutions. Elena Biagi from Italy talked about how Fethullah Gulen’s thoughts on Sufism helped build universal values in multicultural societies. Marcia Hermansen from the US offered a general review of contemporary Muslim thinkers’ approach to pluralism and stressed that while maintaining a careful connection to traditions, Fethullah Gulen is in a position to embrace others. French professor Hervé Legrand said that despite the negative image portrayed by the media, Islam should be recognized as not being a religion of violence.

At the opening ceremony, Prime minister Abdoul Mbaye had this to say: “Gulen nurtured the research and learning demands in human beings to help them tackle the problems of the globalized world. Institutions that organized this conference and people who laid the foundations of this idea show a new way to find new common denominators for humanity with optimism.”

Turkish ambassador Sibel Algan also praised the contributions of Turkish schools to dialogue and said: “The Gulen Movement‘s contributions are obvious and full of merit. I have seen the same devotion, altruism, and collaboration exhibited by teachers of these schools in many other countries. ”

The Vice President (VP) of Liberia Joseph Boakai says that the Liberian Government wants to see the empowerment of its people and empowerment of its children is a beginning. Speaking at the groundbreaking ceremony of the Turkish-Liberian Light International School’s new campus in Margibi County, VP Boakai said that the country is moving forward and the Turkish school wants to be a part of it.