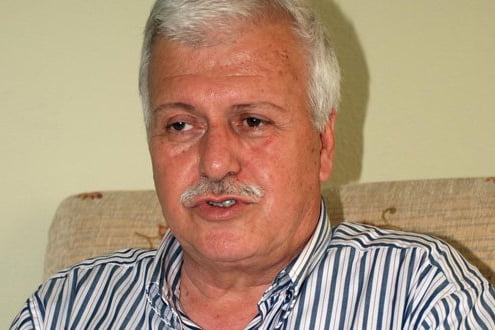 I felt fooled and surprised, because despite the decision made by the Cabinet two days ago, the prime minister made a clear statement: “There is no way back. The draft will be reviewed.”

However, government speaker and Deputy Prime Minister Bülent Arınç stated before that the prime minister made had made instructions for the revision of the draft. He further said that they would seek the views and opinions of the people –the children and students, the parents, the teachers and the administrators of the private preparatory schools — and that they had reached an agreement suggesting that the issue would be discussed with the relevant stakeholders. And Arınç further assured us that this issue would be considered properly. So why this imposition, then?

I feel upset by the prime minister’s statements because I am not sure who is giving him information on this matter. It is a shame that he was misinformed. His statements give the impression that he is unaware of the obvious facts. For instance, he said, “From now on, all questions on the [nationwide standardized] exams will be picked from the school curricula.” All questions in the second round of the college placement exam are already based on the school curricula. This has been the case since the introduction of the college admission exams. I wish Erdoğan had called a teacher and asked him or her, “Is this question in the curriculum?” He would have seen that all the questions one the exam were from the curricula. I wish he would have heard the responses of the teachers and administrators of prep schools and the students just once on such a crucial and critical matter. If he had reserved just two hours to those who have been waiting for an appointment with him, he would not have made these statements.

This is also the case in transforming private preparatory schools into full-time private schools. He asks, “Why do not they take our offer [to turn prep schools into private schools]? They are unable to explain this.” However, we have been explaining this for months. This means that our explanations have not been given to him. Let me explain once more: About 2 million students take the university entrance exam every year and the number is increasing. If there is an exam, there has to be preparation for it as well. For instance, there are only five universities offering top programs in the field of mechanical engineering in this country, and they admit 700-800 students every year. There are 20,000 brilliant and smart students who want to study in this department. How would you pick them without having an exam? Given that there is an exam for placement, how can you tell your kids that they are not allowed to receive additional support? Is there an explanation for this? Besides, there are 2,100,000 students attending private preparatory schools. If they are transformed into private schools, only 200,000 students will be admitted to these schools. What will happen to the remaining 1,900,000? In addition, there is no concrete preparation plan for this huge transformation that would satisfy the educators, the students and the parents.

And I feel hurt by the prime minister’s statements. The attitude that ignored the decision of the Cabinet and referred to ambitions of becoming a one-man administration contradicted with the humility of Erdoğan that used to attract popular attention. He was a loved person. Now, I am sad seeing that the people who used to love and admire him a lot feel disappointed and devastated because of his attitude. I am saying that this should not have been like this.

We should not have come to this point; the conservative and religious groups should not be against each other. What happened to us while Turkey was developing in stability and becoming more democratic?

Everybody is taking a test now; only our Islamic attitude, stance, love, tolerance, humility and style will save us. I am saying this to everyone, including myself.