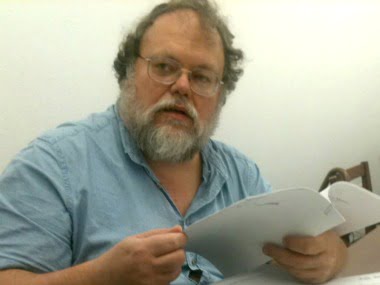 At first glance, it looked as though it might be some kind of political dinner. The room was crawling with politicians, especially legislators.

But it was a bi-partisan affair. There were Democrats, such as state Reps. Henry “Kiki” Saavedra, Rick Miera, Al Park and Moe Maestas, and Republicans, such as state Sen. Bill Payne, Albuquerque Mayor Richard Berry and Reps. Jimmie Hall and Jim White.

The event, which took place at Marriott Pyramid hotel in Albuquerque last week, was The Annual Dialogue and Friendship Dinner for the local chapter of the Institute of Interfaith Dialogue. The institute is associated with the Turquoise Council of Americans and Eurasians, a Texas-based organization with chapters in Oklahoma, Kansas, Mississippi and several other states. It’s mainly made up of Turkish-Americans and Turkish people who live the United States. There are an estimated 500 Turks in New Mexico.

Tolerance and dialogue were the main themes of the dinner. The Democrats, Republicans and others seemed to have no trouble tolerating each other. They even tolerated a few news dogs among them.

he Turquoise Council and the Interfaith Dialogue Institute are associated with the Gulen movement, inspired by the teachings of Fethullah Gulen, a Turkish-born Muslim theologian known for a moderate brand of Islam that stresses education and tolerance for other religions and cultures. Gulen, for the past several years, has lived in Pennsylvania.

A few months ago, I wrote about this group sponsoring trips to Turkey for several legislators. As both the Attorney General’s Office and the Legislative Council explained, there is nothing illegal about these trips. The organization does not lobby the Legislature. There has been no legislation affecting the Turkish groups except a couple of innocuous and nonbinding memorials giving lip service to friendship between New Mexico and Turkey, etc. There is a Gulen charter school in Albuquerque, but nobody has asked the Legislature for any special favors for the school.

As I’ve said before, my problem with the trips is not with the Turkish organizations, but with New Mexico state law. There’s no mechanism to report the trips — which consist of about 10 days of lodging and food and, in at least some cases, airfare from Albuquerque and Istanbul. They aren’t campaign contributions and they aren’t gifts from lobbyists, so there’s no way to know whether someone is paying for an overseas trip for your legislator.

Politicians, for some reason, never issue press releases about such things.

But I also was interested in attending this dinner because of some rather rabid reaction I got from the previous stories about the Turkish trips. According to several emails I received and comments on my blog, there’s something very sinister about these guys. One gentle reader asked in a blog comment , “… are you really defending a ‘religion’ that idolizes a murdering warlord and his violent exploits against unbelievers????”

I can see how a group that espouses friendship, tolerance, education and finding common ground might make this guy uncomfortable.

So are the politicians who go to Turkey on the dime of the Turquoise Council dupes of an extremist Muslim movement? Maybe I’m naive, but I don’t think I’m going to question the patriotism of Rear Admiral Bill Payne, a former Navy SEAL.

As a Gulen-movement paper in Turkey pointed out, U.S. critics of Gulen claim that an extreme Islamic fundamentalist lies beneath his public statements and that he is someone who wants to bring Sharia law to both Turkey and the United States. In Turkey, though, his enemies portray him as a Zionist puppet of the CIA and Israel.

I can relate to that. Here in the U.S., reporters have a saying, which I’ll clean up a little for the Sunday paper: If you’ve got both sides (angry) at you, you must be doing your job.

A version of this article was published in The Santa Fe New Mexican on Nov. 20, 2011