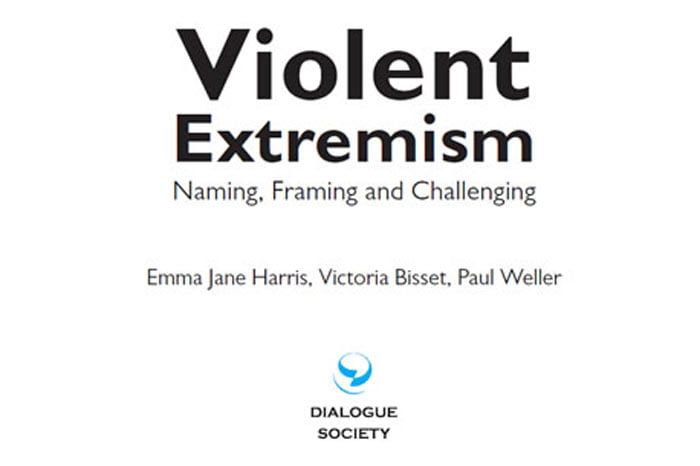 The report broaches the difficulties in naming ‘violent extremism’, offering examples of problematic language use and drawing on relevant work in the field of cognitive linguistics. This work reflects the Dialogue Society’s ongoing commitment to encouraging sensitive, reflective and reflexive dialogue.

Violent extremism undertaken in the name of religion threatens the basic premises of dialogue. In understanding the causes of this phenomenon, with a view ultimately to tackling them, we must first consider the ways that we communicate about and around the subject.

This report aims to show how certain language frames can cause and reinforce major misunderstandings. It explains how terms such as ‘Islamism’ and ‘Islamist’ should not be used without first considering their etymological roots, and that the use of such terms can convey and conflate concepts distinct from their intended meaning.

Alternatives are provided to currently used linguistic frameworks that are often used in discussing violent extremism, and commends some alternative narratives and approaches that can contribute to bringing about positive change in relation to this phenomenon. The issue of demands for Muslims to denounce acts of terror is then addressed and shown to be connected to the misuse of linguistic frames and terms.

The publication was co-authored by Emma Jane Harris and Victoria Bisset, Research Fellows at the Dialogue Society and Paul Weller, Professor of Inter-Religious Relations at the University of Derby.