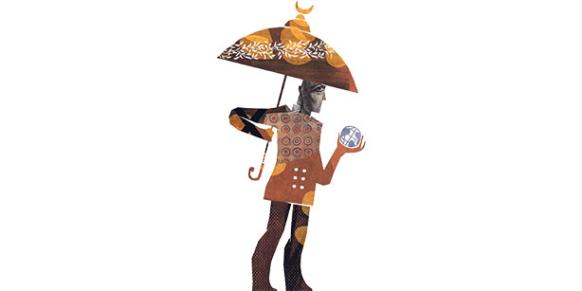 Elsewhere in various parts of the globe, the political and terroristic assertion of fringe Islamic outfits, such as Boko Haram in Nigeria, al-Shabaab in Kenya and other al-Qaeda related affiliates, often carry the combination of Islamic, local, sectarian, tribal, national, regional and international grievances. They continue to testify the resilience, sustenance and appeal of extremist Islamist ideology to a section of urban Muslim youths, regardless of the powerful and relentless international and Islamic condemnations against them. Boko Haram, a Nigerian Islamic terrorist outfit, shocked the world when it kidnapped more than 200 schoolgirls.

As the “theater of war” led by the United States looms large in the Middle East with the specific purpose of liquidating the IS, questions remained whether such a military exercise will achieve the desired goals or end up alienating more Sunni Muslim Arabs. After all, the dominant political-military approach that combines the application of hard and soft power (such as the “War on Terror,” counterterrorism strategies, including sharing terror-related intelligence, squeezing the financial sources of terror outfits, devising a political strategy of “moderate Islam” vs. “extremist Islam,” “good Muslims” vs. “bad Muslims,” political Islam vs. Islamic terrorism) with the democratization of Muslim societies, which focuses on “strengthening civil society,” “decentralizing power” and “electoral democracy,” has not been successful in eliminating the threat of Islamic terrorism.

The post 9/11 period, which witnessed the application of these approaches and doctrines across Muslim societies in varying degrees, did not arrest the growth of Islamic militancy. Rather, it expanded vertically (into Western countries) and horizontally (into non-Western countries) in various forms. Islamic denouncements of Islamic terrorism from several national and international Islamic agencies and prominent individuals has completely robbed Islamic terrorism of its Islamic legitimacy and thus rendered Islamic terrorism as being outside the boundary of Islam.

The role of the covert and overt state actors

What has caused and sustained the trend of Islamic terrorism despite the concerted international efforts to delegitimize it? Part of the explanation lies in the covert and overt state actors’ support of non-state actors to protect, advance and defend their own narrowly defined “national interests.” The “internationalization of Islamic terrorism” in Afghanistan was partly due to the support of the US, Saudi Arabia and Pakistan to al-Qaeda and the Taliban in Afghanistan. The US facilitated the “grouping of international Mujahideen” in Afghanistan, primarily to check the erstwhile Soviet influence in the Persian Gulf. Saudi support of the Sunni-Pashtun Taliban was meant to check the influence of Shiite Iran through Shiite-Hazara Afghan militants in Afghanistan. Pakistan saw in the Afghan crisis a golden opportunity to mobilize resources — money and arms (primarily through the US-Saudi nexus) — to advance its nuclear program, to settle the border with Afghanistan and finally use Taliban militants as foot soldiers to fight in Kashmir and conduct other terrorist operations within India to generate pressure on India to concede Kashmir to Pakistan.

The IS is, likewise, a product of inter-state Middle Eastern politics. It stems from the failure of the Arab Spring to democratically transform the region. In particular, the IS came of age due to the support extended by the US, Qatar, Saudi Arabia and Turkey. The US indirectly supported the IS by remaining silent because it saw in the IS a countervailing force to checkmate the growing Iranian influence in the region following the US invasion of Iraq. In other words the development of the IS was tolerated because it carried the potential to rebalance the Western doctrine of a balance of power in the region when the balance began tilting in favor of Iran, despite its international isolation in recent years. The Saudis and Qataris primarily supported the IS as a “Sunni mobilization” against Shiite Iraq and Iran and Alawite-dominated Syria. Turkey saw in the IS a “resistance force” to the Baathist regime in Syria, if not against Iran. It is no wonder that although Turkey was quick to declare al-Nusra a terrorist organization, it has still has not declared the IS a terrorist organization even though its own nationals from the Turkish Consulate General in Mosul were kidnapped by the IS.

As long as the IS operated as ISIL (a political movement), it was tolerated and supported by the West and Sunni Gulf monarchies and emirates as part of their national and regional agendas. The moment ISIL became the IS (state), it posed an existential threat to conservative Gulf monarchies and sheikhdoms and to Western interests in the region. Therefore the IS became a pariah that must be eliminated.

Such political use of non-state actors by states and regimes has not been without consequences and often proved counterproductive to their interest and even posed an existential threat to the regimes. Mrs. Indira Gandhi, the late prime minister of India, became the victim of initially supporting a fundamentalist Sikh organization and was killed by her two Sikh bodyguards in 1984. Rajiv Gandhi, the former prime minister of India, was killed in 1991 by a suicide bomber from the Liberation Tigers of Tamil Eelam (LTTE), a Sri Lankan terrorist separatist group that India had initially covertly supported. The al-Qaeda nurtured by the US in Afghanistan made it bleed in the form of 9/11 and put the lives of Americans at risk around the globe. Pakistan’s support of the Taliban proved dear as it is bleeding every day on account of terrorist bombings. If Turkey does not review its policy toward the IS, it might face a similar predicament.

Development of Wahhabism as political creed

But beyond the political use of Islamic extremist/terrorist groups by the state and regimes, the historical roots of this menace lies in the colonial context of Islam and in the development of Wahhabism as a political creed. The modern colonial context has been redefining Islamic ideology since the 18th century. All modern reformist Islamic movements since then have contributed to the process of turning Islam into an ideology, making it an instrumental tool for achieving political and social ends. The process gradually gave birth to the idea of an “Islamic state,” an idea that strengthened against the backdrop of the abolition of the caliphate by Mustafa Kemal Atatürk. Though the idea remained incoherent, it continues to express the aspirations of a section of marginalized Muslims, domestically and internationally, both peacefully and violently. Modern-ideological interpretation of Islam gained the upper hand, which resulted in the gradual erosion of a moral and ethical dimension of Islam and a decline in traditional institutions of Islamic law, scholarship and Sufi Islam. Additionally, politics in Muslim society became increasingly bereft of traditional Islamic morals and ethical considerations. This is something that happened in modern Western societies and at times led to reigns of terror. It is in this context that the late Pakistani Islamic scholar Fazlur Rehman bitterly lamented, “Instead of politics serving Islam it is Islam that is serving politics.”

If it is said that “Muslim politics” is the product of exclusionary policies of authoritarian secular nations, the state of Muslim countries and the general subordination and marginalization of the Muslim community in the international power structure, then we can also say that Muslim politics’ libertarian spirit has been blocked by the development of 18th century model of Wahhabism.

Almost all post-Wahhabi Islamic movements in the Muslim world have operated within the discursive field of Wahhabi Salafism and shared to varying degrees the Wahhabi vision of Salafism and its political imagination of sharing the state power. Even the Islamic modernism of Sayyid Jamal ad-Din al-Afghani and Muhammad Abduh, which became a dominant discourse in late 19th and the first half of the 20th century and became associated with the post-colonial governments in the Arab world, did not delegitimize Wahhabism. Like Wahhabism, this discourse tended to be uninterested in history and ignored the balance of Islamic history in the name of the golden age of Islam, confined to the period of the Four Rightly Guided Caliphs.

The anti-intellectualism, insularism and moral isolationism of Wahhabism was reproduced by subsequent modernist Islamic movements and received material support as the Arab world found oil in the 1970s. One consequence of this process was the emergence of Islamic terrorist organizations such as Tanzim, al-Qaeda, the Taliban, ISIL, etc., who were not only influenced by the resistance discourse of pan-Islamism but also fashioned themselves on a Wahhabi orientation that is distinctively puritan, sectarian, supremacist, thoroughly opportunistic and places no consideration of universal moral values on their “Islamic” mission.

Thus political Islam of any variety — whether it is Wahhabi or Justice and Development Party (AKP) interpretations — cannot be an effective counter discourse to Islamic militant or terrorist organizations like the IS or al-Qaeda. Because it was founded on the notion of the “other” and being inherently “immoral” both on account of its ideological construction and acceptance of “modernist politics,” the creed of political Islam lacks the moral and ethical resources to wipe out the influence of Islamic militancy. The only recourse to such political contingency lies in the resurrection of a universal, moral and ethical vision of Islam in the public life of the nation and community.

In recent years the Turkish Gülen movement, or Hizmet, has been credited with carrying and spreading this vision of Islam through education and interfaith dialogue. It is sad to note that at a time when the world, and particularly the Muslim world, is in dire need of such an Islamic movement to grapple with everyday discourses of violence, the Turkish government, led by “strongman” President Recep Tayyip Erdoğan, is determined to destroy this peaceful, Gandhian movement. Nothing is more tragic than silently witnessing the Turkish state’s illegal and immoral attack, almost on a daily basis, of the unarmed, peaceful, God-fearing Hizmet movement.

*Professor Anwar Alam is a lecturer at Zirve University, Gaziantep.