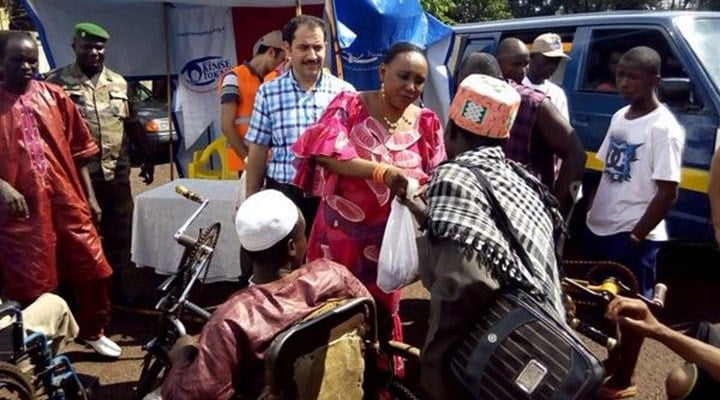 The Kimse Yok Mu (Is Anybody There) aid organization handed out more than 40,000 sacrificial animals in 73 countries including Turkey in woke of government’s hate campaign against the organization.

Donations to aid organization have boomed despite of the politically-motivated hate campaign launched by government. The aid organization doubled this year’s target. Sacrificial meat handed out to 1 million people in across world.

After a Cabinet ruling revoking Kimse Yok Mu’s license to receive donations without government approval, the nonprofit announced on Friday that aid continue to be delivered without interruption.

Ministers themselves handed out aid in foreign countries

Volunteers of Kimse Yok Mu aid organization welcomed by minister in the many countries which they went to hand out meat to the needy families.

In Guinea, Niger and Mali, ministers coordinated the aid and also some ministers joined the aid delivery to the needy families.

In Guinea, Interior Ministry Botche Cande coordinated the aid as well as Minister of Family and Social Policies, Sanaba Kaba, he himself handed out meat packages