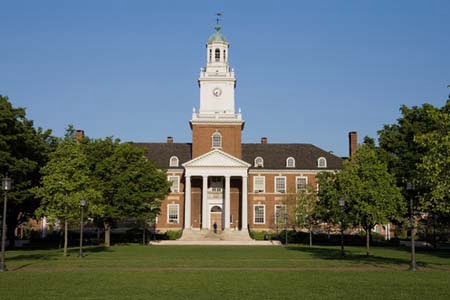 In a conference at the Central Asia-Caucasus Institute (CACI) at the Johns Hopkins University, Turkish schools in Central Asia were closely analyzed.

In a conference titled ‘Turkish way of Islam Educates Central Asians’, which Dr. Bayram Balci from the French Institute of Anatolian Studies in Istanbul attended as lecturer, the educational movement initiated by Fethullah Gulen and its activities in the region were discussed.

Speaking in the conference, which was opened by the director of the Institute, Professor Charles Fairbanks who is also recognized as one of the authorities on Central Asia, Dr. Balci expressed that he finds the schools ‘very successful’. Balci, who researched the region and Turkish schools there between 1996 and 1999 for the French Grenoble University, submitted his studies as a dissertation which has been published as a book in France. According to Balci, schools in countries like Kazakhstan, Uzbekistan, Kyrgyzstan, Tajikistan, Turkmenistan, Azerbaijan, and Georgia are magnets for people as well as the elites of the region due to their high rates of success in student matriculation in the university entrance exams, as well as the prizes they win in the Science Olympics. The underlying factors for this achievement are listed as: modern education and equipment; highly motivated teachers; a dormitory system; weakness of local education; the absence of corruption.

Indicating that the schools were admired by both Turkish diplomatic representatives in the related countries and the local administrations, Balci announced that in these schools education in positive sciences is in English, Turkish, Russian, and local languages and the curriculum is secular. Which prompts the question of where Islam stands in these schools. Balci said: “The first principle of the schools is not to convert people to Islam, but to turn them into qualified people.” He went on to say that students are educated as decent and patriotic individuals and added that the religious activities should be evaluated within the framework of the moderate ‘Turkish way of Islam’.