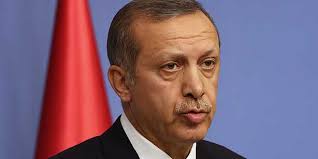 ANKARA
Prime Minister Recep Tayyip Erdoğan has praised Iranian businessman Reza Zarrab — who stands accused of being the ringleader of a shady money-laundering and gold-smuggling ring set up to dodge sanctions against Iran — for his contribution to the country’s economy.

“Zarrab exports gold and I know that he is involved in charity activities as well,” Erdoğan said in a rally at İstanbul Atatürk Airport on Tuesday, after he returned from Pakistan.

Erdoğan said that if there were evidence against Zarrab, then why not catch him in the act and get video footage?

Fifty-two people, including bureaucrats, well-known businesspeople and the sons of three ministers, were detained on Dec. 17 in a corruption investigation that has shaken Turkey’s political and business elite and pushed three ministers to resign on Wednesday. Zarrab is alleged to have bribed three ministers and their sons a total of TL 137 million ($66 million) to help him disguise money laundering operations. Halkbank and its general manager, Süleyman Aslan, also under arrest, were involved in Turkey’s gold trade with Iran.

“Is there any evidence that proves the relationship between what has been found in the [Halkbank general] manager’s house and the bank? I have no doubt that he [Aslan] is innocent.”

Erdoğan went on to deny the allegations of corruption and called the investigation an attack on the government, society and the “national will.”

When asked if the probe was a bid to tarnish his reputation, the prime minister said anyone attempting such a thing would fail.

Erdoğan blamed the probe on the same “silent resistance” that he said was behind the demonstrations against the government in the Gezi Park movement over the summer.

“It is sad to see that some are acting as subcontractors in this probe, which has been going on since the Gezi protests. We have patience now and will always have it,” Erdoğan said.

In his previous speeches, Erdoğan has suggested that the operation is part of a “psychological war” against the government.

“We have seen those who portrayed themselves as brothers speaking curses,” the prime minister said, referring to the Hizmet movement led by Turkish Islamic scholar Fetullah Gülen.

The influential scholar spoke the first curse of his life on Saturday in comments that many interpreted as an attack on the ruling party.

“Those who don’t see the thief but go after those trying to catch the thief, who don’t see the murder but try to defame others by accusing innocent people — let God bring fire to their houses, ruin their homes, break their unities,” Gülen said in a video recording uploaded to herkul.org, a website that usually publishes his speeches.

Gülen first recalled his earlier teachings and said that he had always emphasized that individual crimes should not be made public and that Muslims should keep the misdeeds of others “secret.” He added that the important part of respecting human beings is embracing them wholeheartedly and treating them as “you would treat your own child.”

He said that a Muslim should behave according to the teachings of Quran and the Prophet Muhammad regardless of how others behave. “In this framework, being occupied with someone else’s flaws is absolutely not a right thing,” Gülen added.

Gülen said there is an “asymmetrical assault” on the Hizmet movement and urged members of the movement to stand firm and trust in God.

Dogan Koc explores the identity of people who lead defamation campaigns around the globe. One of the striking observations is that over half of these libelous articles were produced by the same group of people.