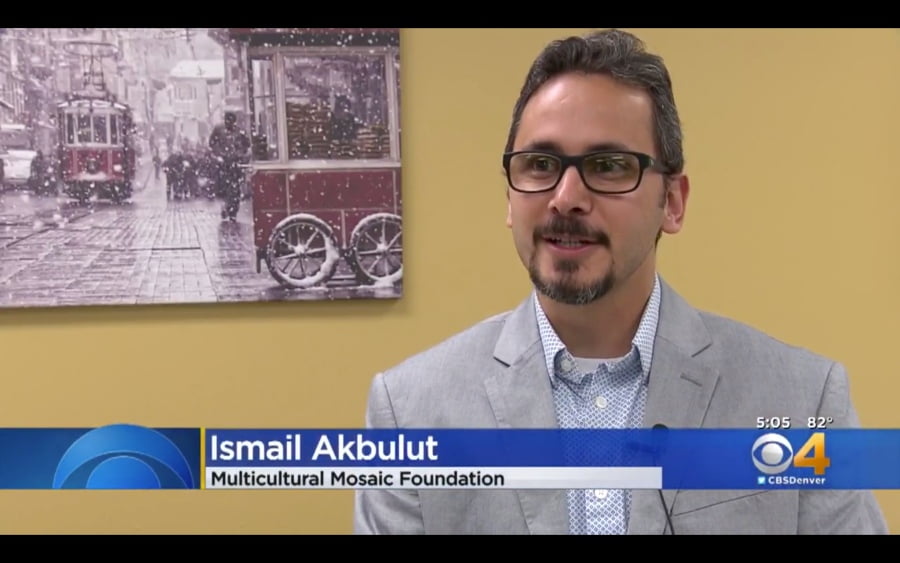 AURORA, Colo. (CBS4) – It’s the first day of Islam’s biggest holiday. Coloradans from different religions came together on Sunday to celebrate as one and learn from one another.

At an office park in Aurora, Muslim and Jewish people got together to celebrate Eid Al-Adha.

“Today is the highest Islamic holiday,” said Ismail Akbulut for the Multicultural Mosaic Foundation. “We are commemorating the story of Prophet Abraham when he was going to sacrifice his oldest son.”

At their center in Aurora, the day began with a prayer. A feast soon followed, and as any host can tell you feasts are a lot of work. So, it’s a good thing there was a lot of help.

He and his friends belong to the group Judaism Your Way. They are an organization whose goal is to share Judaism with the community and embrace other religions like Islam. They also organize multi-faith volunteer events.

Initially they focused their volunteer work around mass shootings. Following the shooting at the mosque in Christchurch, they grieved and comforted the Muslim community. Then when a shooting at a synagogue happened, Muslims returned the favor.

“And at a certain point one of the Rabbis from our organization started saying, we have to stop meeting like this,” Josh said.

They decided to start coming together in times of celebration and Eid Al-Adha was their first opportunity. Jewish people and a few Christians come out to pray with the Muslim community at Multicultural Mosaic on their holiday.

They then helped prepare the feast and ate alongside each other.

“It is heartwarming. It is beautiful. It is encouraging,” said Akbulut.

If you took a look at the people eating and having fun you would never know they are any different and maybe they aren’t so different after all.

“Today we are getting together as cousins and celebrating this festival,” Akbulut said. “We have a future in this country together.”

ARTUR ASLANYAN For the past five years, Orange County, Calif. has hosted the Anatolian Cultures & Foods Festival, a four-day event full of music, dances, food and family fun. The weekend of May 16th through the 19th continued the tradition, putting on the largest version yet. The event is described by many to be “the closest […]