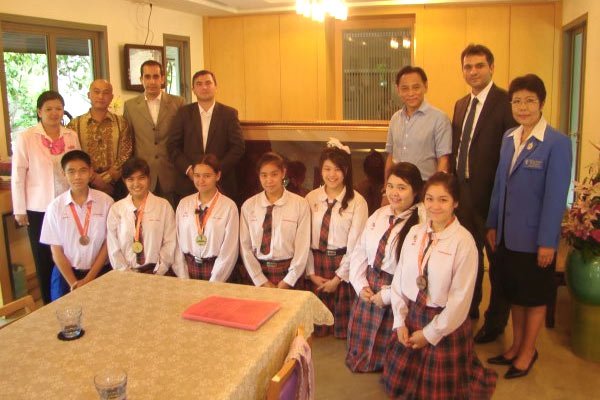 A group of teachers and students from Turkish schools in Thailand, who participated in various international Olympiads, visited the minister of trade Mr. Boonsong Teriyapirom at his home.

The Minister Teriyapirom listened to the briefing by the teachers and students. He expressed that those students who participated in the Olympiads have an important mission for representing Thailand in the international arena. The minister suggested the students that they should not forget Turkish after graduating from Turkish schools. He spoke with each student individually and asked them questions regarding the Olympiads, Turkey, Turkish schools, and their plans for the future.

At the end of the visit the students had their pictures taken with Minister Teriyapirom. 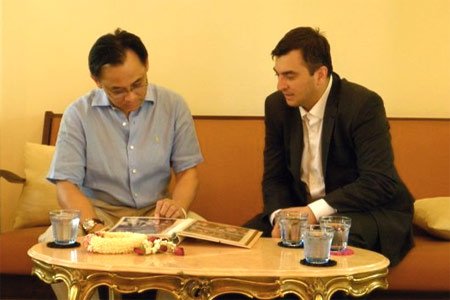 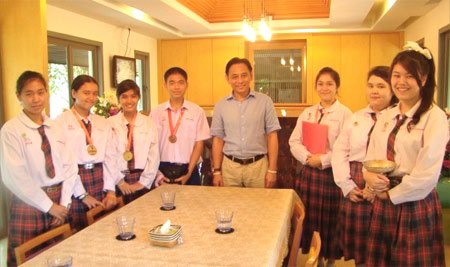