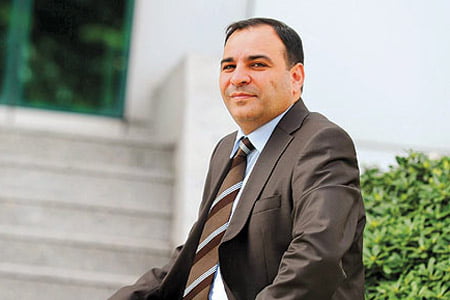 Turkey is quickly developing and making sure-footed progress toward a more peaceful and more prosperous future, despite a number of problems and fair criticisms. The greatest irreversible guarantee for the continuation of this progress in the right direction is Turkey’s ever-increasing integration with the world and the international community.

As it integrates further with the world’s extremely diversified cultures and civilizations, Turkey is starting to welcome the diverse cultures inside which were hurt by the past’s socio-cultural fault lines created by the stereotyped approaches maintained until recently. Indeed, as its integration with the world grows, Turkey realizes the need for repairing these fault lines. As it mingles with the world, it benchmarks itself against the criteria valued by the international community and in the process it tries to understand its true identity. The more it integrates with the world, the more peaceful it grows internally and the more respectful it tries to be in its treatment of different religions, languages and cultures within the country.

There is no doubt that the reforms the ruling Justice and Development Party (AKP) implemented in the political and legal spheres during the early years of its power, as well as the activities of civil society actors, play an important role in this. Some activities spearheaded by civil society may even produce more successful results than the public programs conducted with huge budgetary resources. The activities performed by the Hizmet movement, inspired by Mr. Fethullah Gülen, a well-respected Turkish-Islamic scholar, in the most unexpected locations around the world top the list of such successful activities. One such event was the Anatolian Cultures and Food Festival, held in Orange County, Los Angeles from May 16 to 19.

With its fourth instance being held this year, the festival has already evolved into a major opportunity for promoting Turkish and Anatolian cultures. The festival in Los Angeles not only manages to bring together Turks living in the western parts of the US, but it also offers a meeting ground for Turks, other Muslim communities, Anatolian Armenians and their American friends. The festival may be unable to secure much coverage from the Turkish media, but each year the US media networks are showing greater interest in this festival that seeks to bring Turkish history, culture and cuisine to the attention of the US public. This is well-evidenced in that the number of visitors to the festival increases every year. This year, the festival lasted for four days, ending on Sunday evening and the organizers were expecting to attract a total of some 70,000 visitors. The impression they got from the crowds of people who paid $12 to enter the festival area that extended for some 55,000 square meters with exact replicas of the works of 14 different Anatolian civilizations, was that they would reach this target.

The festival had very interesting concepts, choreography and architecture. Visitors entered the festival area through the “Civilizations Path,” which consists of 14 gates each representing different civilizations: the Hittite Empire, the Kingdom of Commagene, Lydia, the Persian Empire, the Urartu State (Armenians), the Phrygia, the Ionian Civilization, Assyria, Troy, the Roman Empire, the Byzantine Empire, the Great Seljuk Empire, the Ottoman Empire and the Turkish Republic. At each gate, actors wearing traditional costumes from each civilization welcomed and greeted the visitors.

Three dimensional giant-sized replicas of seven different cities of Anatolia — İstanbul, Konya, Mardin, Van, İzmir, Gaziantep, Adıyaman and Kilis — and the Grand Bazaar of İstanbul were assembled with panoramic backgrounds. Artisans traveling all the way from Turkey displayed and demonstrated many traditional handicrafts like hand-woven carpets, the arts of water marbling, calligraphy, stone-carving and filigree work during the four-day festival. The Armenian Church of the Holy Cross on the island of Akhtamar that also that sat on the festival grounds, amazingly realistic from the inside and the outside even at two-fifths of its actual size, was one of the most visited places at the festival.

The replica of the Grand Bazaar of İstanbul housed more than 120 booths with food, handicrafts, souvenirs and art exhibits. Just like the real Grand Bazaar, visitors could walk through the booths displaying hand-made jewelry, scarves, lucky charms and hand-woven carpet displays accompanied by Anatolian hospitality.

Visitors were drawn to 99 different kinds of food, including kebabs and döner (gyros), various kinds of desserts including baklava, dumplings, and the world-famous tough and stretchy Maraş ice cream. Visitors were also able to refresh themselves with a cup of Turkish coffee or several glasses of tea at another busy spot of the festival area named The Traditional Coffeehouse. The Anatolian Cultures and Food Festival was a feast for all five senses.

The festival, organized by the Pacifica Institute that conducts its activities in the western parts of the US, is depicted as the most gorgeous event of May on the art calendar of Los Angeles. Ahead of the exhibition, newspapers and TV networks run detailed reports about the activities planned.

Many media networks attend and cover the festival. Thus, one can easily stumble upon a reporter and a TV cameraman doing interviews with the festival attendees. “Discovering Turkey” was the theme for this year’s festival and to make that happen, hundreds of tons of promotional materials were transported from Turkey to the US in some 30 shipping containers.

With the labors of many well-known professionals, renowned architects and artisans who worked tirelessly for the festival, Anatolia was remodeled in Los Angeles. The giant replicas of the Trojan Horse, the Nimroud Ruins, the Fountain of Ahmet the Third, the Rumi Museum, the Maiden’s Tower, the Akhtamar Church, the Grand Bazaar, the Ephesus Theater, the House of the Virgin Mary and other landmarks were constructed in order to better portray the Anatolian civilizations and history. Topkapı Palace was reconstructed in its full splendor, from its harem to the Holy Relics. The professional actors who portrayed sultans sitting on their thrones, grand viziers, viziers, harem aghas, or janissaries took visitors hundreds of years back in time. Concerts with different music styles were held simultaneously in different parts of the festival area, allowing visitors could enjoy concerts by the mehteran, watch the whirling dervishes and see different folklore groups perform. They could also attend conferences on a number of subjects or participate in cooking courses.

Interest in the festival is not restricted to Turks living in the US or to friends of Turkey. Politicians from virtually every political party in Turkey and many journalists, artists and cultural figures from Turkey attended the festival this year. The festival also attracted many visitors from the US Congress and the California’s State Assembly. The festival, which was run by some 400 volunteers from a diversity of nations — including many Turks — and by a multitude of professions/occupations, was also attended by many US Congressmen, including Ed Royce, Loretta Sanchez, Michael Honda, Dana Rohrabacher and Allen Lowenthal, a member of the House Committee on Foreign Affairs (HFAC) and this is strong proof of the lobbying potential of the festival. This is further indicated by the fact that the local mayor declared May 18 to be Turkey Day.

The best bit was the full harmony achieved among volunteers, visitors and guests of honor. Even the borders between political parties grew more indistinct, albeit temporarily. Turks, Kurds, Armenians, Greeks, Jews, Alevis, Sunnis, leftists and rightists who came from Turkey shared the same enthusiasm. Americans with different religious, linguistic and racial backgrounds, as well as thousands of Turks living in the US and enjoying different lifestyles were solely occupied with getting their share of the enthusiasm created by the festival.

The calls to prayer were openly recited and Muslims performed their ritual prayers in a big congregation in the space allocated to them. The Armenian Church of the Holy Cross on the island of Akhtamar, the Church of the Virgin Mary and the Soumela Monastery, built in sizes close to their originals, were located opposite of the Muslim praying grounds and to watch Turks and Armenian dance halay together was the best proof of the unifying power of the festival. There is a reason that I argue that Turkey makes peace inside as it integrates with the world. The festival in Los Angeles supports my case in the best way.