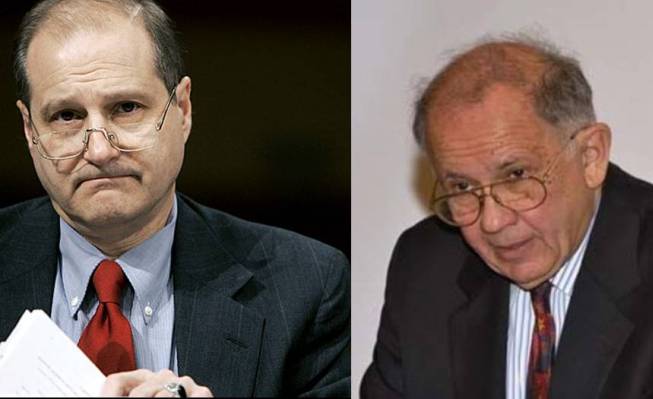 The report said police arrested last month more than 50 people close to Erdoğan’s government — including prominent business executives and sons of government ministers — on charges of corruption. While graft has long permeated Turkish governments, these allegations are unprecedented, it said, adding that they reach high levels of government and involve not just domestic transgressions, but also sizable evasions of Iranian sanctions.

The authors, referring to the biggest corruption probe in Turkey’s history, noted that Erdoğan, rather than ensuring a meticulous examination of the charges of the corruption is burying them.

“He has removed the case’s lead prosecutors and some 3,000 police officers nationwide, sought to increase government control over a weak judiciary, limited the ability of police to conduct independent investigations, prevented journalists from reporting on the case and mounted a media campaign to destroy his enemies — particularly the followers of powerful religious leader Fethullah Gülen, who were once his strongest allies,” the article reads.

Commenting on Erdoğan’s attitude to portray the events as a massive plot against him, the authors wrote that these are not the actions of a politician simply seeking to cover up the scandal. “Erdoğan is exploiting the allegations to further stifle dissent and strengthen his grip on Turkey.”

The authors also compared Erdoğan’s tactics against the military and the Gülen movement.

“After effectively sidelining the military’s political influence, Erdoğan went after other centers of power: media, business leaders and civil society; now, the Gülenists, a strong, politically effective community. The prime minister has exploited crises — whether real or manufactured — to undermine the rule of law.”

The authors state that the reactions of the government to the Gezi Park protests last summer are symptomatic of a struggle between an increasingly authoritarian government, which seeks to reduce resistance to its rule, and opposition movements ranging from secular liberals to conservative Gülenists.

The authors noted that Turkey’s democratic decline has created a pressing dilemma for the US: “Erdoğan’s current course would take Turkey from an imperfect democracy to an autocracy. Such a fate for a close ally and NATO member would have profound implications for our partnership, the United States’ beleaguered credibility and the prospects for democracy in the region.”

“It would also threaten Turkey’s economy,” the article adds.

The authors also explained why the US seems reluctant to denounce Erdoğan:

“Erdoğan’s denunciation of supposed US meddling puts Washington in a difficult position: If the United States weighs in on the scandal, it might give his accusations merit and rally more supporters to his side.”

However, the authors concluded that this strategy has not been successful: “It has not influenced important aspects of Erdoğan’s foreign policy, which have often diverged from US policy; moderated his confrontational rhetoric; or led to a less antagonistic domestic policy. Indeed, US silence all these years might have encouraged Erdoğan.”

The authors wrote that the US policymakers should lay aside their reluctance to confront the disastrous impact of Erdoğan’s dictatorial tendencies and remind the Turkish leader of the importance the United States attaches to Turkey’s political stability and democratic vitality.

“Erdoğan has exploited Turkey’s partnership with the United States and his close personal relationship with President Obama to burnish his legitimacy. US condemnation of his recent actions — publicly and even more strongly in private — might temper his posturing. However significant US interests with Turkey are, neither silence nor platitudes will help halt its political descent,” the article reads.

The authors noted that Erdoğan is significantly harming Turkey’s democracy. “The United States should make clear, privately and publicly, that his extreme actions and demagoguery are subverting Turkey’s political institutions and values and endangering the US-Turkey relationship.”