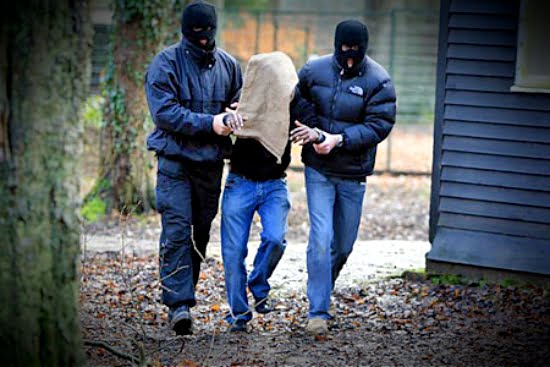 Turkey Purge has just received a tip from the relatives of two of the three Turkish citizens who were allegedly extradited by Malaysian authorities upon a request from their Turkish counterparts as part of the latter’s clampdown against the movement.

A father of three, A.D. headed to a mosque late Thursday afternoon but failed to come home, according to the letter. His family reported the incident to Malaysian police, who later said that A.D. was kidnapped.

“A.D. is a father of three. He has been working in education in Malaysia since 2010. He contributed to the foundation of the 450-student Time International School in Kuala Lumpur and another school of the same size in Ipoh. … He won the backing of the relevant Malaysian ministry for his contributions to education.

“He departed [from home] to perform afternoon prayer at a mosque at 17.05 on Oct. 13, but he did not come back. His mobile phone cannot be reached, either.

“His family reported the incident to the police late on Thursday. The family was first told that A.D. was just missing, but later police reported that he had been abducted. His passport is still in the family’s possession.”

However Turkish Foreign Minister Mevlüt Çavuşoğlu said on Friday that Malaysian Premier Najib Razak kept his word and handed over three Gülen-linked citizens to Turkey on Thursday night.  President Recep Tayyip Erdoğan said on October 14: “Those who fled abroad, you shall not feel safe. They cannot get away with it.”

“Witnesses in the mosque said on Oct. 14 that two non-Malay people took A.D. and left.”

Another person who was reported by his relatives to be missing is the secretary-general of a Turkish-Malaysian business association.

“He was attending courses at a language school. His car is still parked in the parking lot of the school.”

The Turkish Embassy is reported to have asked Malaysian authorities to close down Gülen-linked schools in the Asian country as in many other countries in late September. The Turkish ambassador reportedly asked authorities to take legal action against sympathizers of the Gülen movement as well.

Turkish government accuses the movement of masterminding a July 15 coup attempt, while the movement denies any involvement.

The movement is known for its education and aid activities in over 170 countries, but Turkish Foreign Ministry bureaucrats have been trying to expand domestic pressure to overseas subsidiaries of the movement in the recent past.

Turkish Education Minister İsmet Yılmaz said in mid-September that a government-established foundation is planning to take over 65 Gülen-linked schools in 15 countries. Quoting a story that recently appeared in the Greek Proto Thema newspaper, Turkey’s Vatan daily said on August 30 that Turkey’s National Intelligence Organization (MİT) has been tasked with locating, arresting and even killing Gülen-linked military officers who fled Turkey.

The fallout between the Turkish government and the movement first emerged when the government pinned the blame on the latter for the revelation of widespread corruption allegations back in 2013.