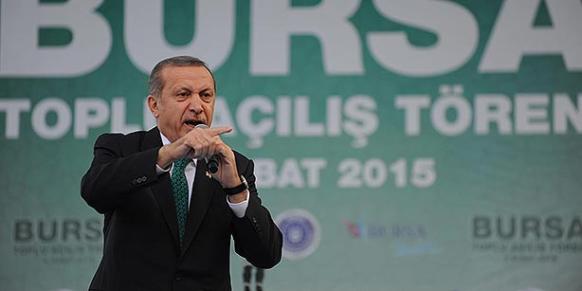 Contrary to the claims of the president, the op-ed was a discussion of the erosion of democracy in Turkey under Justice and Development Party (AK Party) rule.

“You see, a person in Pennsylvania writes for a newspaper in America. Why does he write? About a lender. Hodja, are you really a hodja or a bank boss? Who are you?” Erdoğan said during a speech in Bursa.

Moreover, the op-ed, which primarily discussed the reversal of democratic progress in Turkey, didn’t make direct reference to the bank or the operation that took place hours after the publication of the piece.

The banking watchdog seized control of the bank on Tuesday, citing insufficient transparency to allow for proper regulation.

During the same speech, Erdoğan also criticized The New York Times for publishing Gülen’s op-ed and implied that the newspaper and the scholar are cooperating against “a powerful Turkey.”

“Look, what does he [Gülen] lean on? The New York Times, that so-called newspaper. Well, where is this patronage? You can find it: Who is the manager of this newspaper? How do they let him write here? The plan is different. You should know that those inside and outside of the country don’t want a powerful Turkey. Everyone has risen up for this,” Erdoğan said.