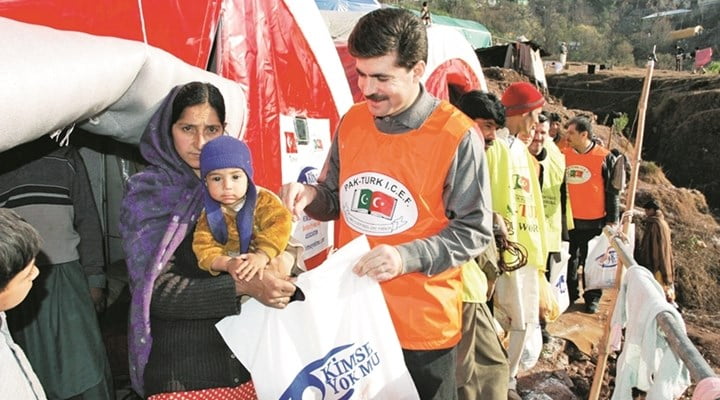 Most recently the Jamiatul Ulama South Africa Council of Muslims has committed over $550 million in aid to support Kimse Yok Mu’s international effort to reach out to the vast number of Syrian refugees who struggle to survive through winter in Turkey, after being displaced from their home country amidst years of conflict. The efforts have also been added to by the Singapore based As Siddiq, along with Simply İslam, the Arab Network, Nagshibandi Singapore, AMD, Qiswah.

A key point of Kimse Yok Mu’s international aid efforts continues to be Palestine, which has been given a boost with a $203,000 aid package donated from the Rehmet Lil Alemin organization in Singapore.

Kimse Yok Mu has continued with perseverance to serve families in need in all corners of the globe. The Turkish government recently unjustly removed the organization’s right to receive donations without a permit. Kimse Yok Mu, a UN partner in aid, has passed regularly passed all audits with flying colors.

Turkish charities have taken the opportunity to extend a helping hand to those in need both across the country and around the world during Eid al-Adha, an Islamic holiday celebrated by millions around the globe, delivering various relief items, including sacrificial meat, to put a smile on people’s faces during this joyous time. Eid al-Adha […]

The Journalists and Writers Foundation (GYV) and Is Anybody There? Association (KYM) jointly organized the conference titled “International Conference on Philanthropy and Peacebuilding” between April 12-13, 2014, with participants from 19 countries including Russia, the UK, India, Nigeria and the Philippines.