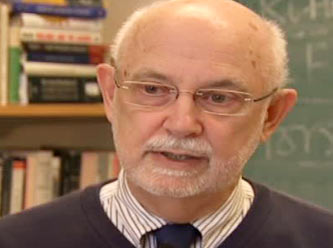 The renowned professor and constitutional jurist John Whyte recently spoke very highly of the Hizmet Movement he was introduced through Intercultural Dialogue Institute active in Canada. “Hizmet has made a huge impact on here. It has enabled the Canadians think about how they can deal with differences, particularly Islam.”

Professor John Whyte, who is a constitutional jurist and a former advisor to state ministers, spoke on the Hizmet’s activities in his country. He believes the movement is seeking a peaceful world. “Hizmet is a movement that wholeheartedly believes in intercultural dialog, which is the key for peaceful relations among people. What is especially good about the Hizmet is that words find action in it. I think they leave a positive impact wherever they go and thus make dialogue and understanding possible among people.”

Speaking of the Honorable Fethullah Gulen, Whyte said, “I think Fethullah Gulen’s appreciation for dialogue and views that differences are not necessarily for creating conflicts, rather, they are what enrich us, and that we lose value as we turn away people because of their differences while we grow as we embrace them as a part of our experiences are all amazing and certainly true.”