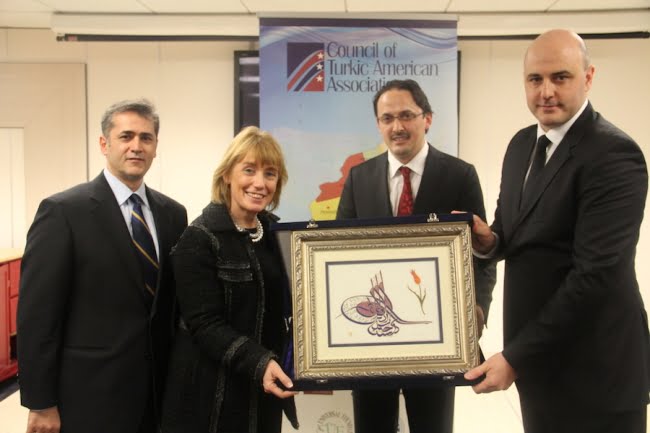 During her visit at the Turkish Cultural Center (TCC), Furkan Kosar, president of the Council of

about theTurkish-American community in the USA. After the meeting, Peace Islands Institute

these intercultural dialog organizations to the society.