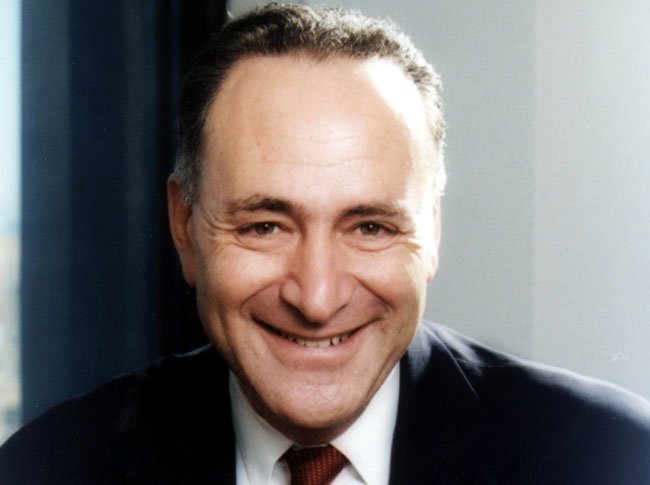 Noting Turkey’s Long Tradition of Democracy and Tolerance of Civic Dissent, Schumer Urges State Department to Collaborate With Turkish Government To Address and Peacefully Resolve Issue – Senator Joined By 73 Colleagues in Congress In a Letter to Secretary Kerry Outlining their Concerns.

U.S. Senator Charles E. Schumer today, along with 73 other United States Senators, wrote to Secretary of State John Kerry to urge the State Department to immediately address issues stemming from of the intimidation of journalists and censorship of the media by President Tayyip Erdogan’s Administration in Turkey. According to Turkish and American news reports, the Erdogan Administration has intimidated and harassed members of the Turkish media who are vocally opposed to the current Administration. On December 14th, the editor in chief of Zaman, a highly circulated daily newspaper in Turkey, was arrested and the CEO of Samanyolu Media Group was arrested; both individuals lead major news organizations known to be critical of the Erdogan Administration. In the letter to Secretary Kerry, Schumer and his colleagues wrote, “we strongly urge you to address this issue with President Erdogan and his administration in a way that encourages peaceful and appropriate resolution to these cases.” Schumer noted that this is a departure from Turkey’s long tradition of democracy and tolerance of civic dissent, and urged that these treaty partners address this issue.

“As a democracy with a long tradition of tolerance of a civic discourse and as a valued American partner in many endeavors, the current Turkish government under President Erdogan needs to stop suppressing the free press and put an end to gross intimidation efforts among members of the media who express opinions or report events in a way that the regime feels is opposed to their interests. Secretary of State Kerry should address the worrisome trend towards undemocratic behavior in President Erdogan’s Administration and urge the government to adhere to the basic principles of democracy, including freedom of the press – something that has long been a value in Turkey,” said Senator Schumer.

“The Erdogan Administration should be held accountable for these egregious abuses of free speech,” said Senator Roger Wicker (R-MS), the co-author of the letter. “Arresting journalists and censoring the media are the hallmarks of an authoritarian regime, not a democracy. I hope Secretary Kerry will work to resolve these troubling developments without delay.”

A copy of the Senators’ letter is below:

We write to express our deep concern about the persistence of human rights violations in Turkey. We are particularly concerned by the recent arrest and detainment of members of the Turkish media and the broad effort by the Erdogan Administration to censor the freedom of press. A strong democracy requires that all members of the society respect the freedom of expression, even when voices opposed to the government are vocal. We hope that you will address this issue as you engage with the Turkish government.

According to Human Rights Watch, President Erdogan’s Administration has begun a “crackdown” on critical voices in the Turkish media. The Administration has attracted international attention in recent months with the arrest of Ekrem Dumanli, editor-in-chief of Zaman, a highly circulated daily newspaper in Turkey, and Hidayet Karaca, CEO of Samanyolu Media Group. On December 14, 2014, these members of the media were arrested and detained on questionable charges. Mr. Dumanli has since been released, but Mr. Karaca unfortunately remains detained. Both Mr. Dumanli and Mr. Karaca lead major news organizations critical of the Erdogan Administration.

Unfortunately, this case reflects a broader pattern of abuse. One year prior to these arrests, allegations of corruption were levied against the Erdogan Administration. Subsequently, many prominent journalists lost their jobs for writing material that was critical of the Erdogan Administration. These tactics are unacceptable in a democracy; a free press is central to full access to information for citizens. The attempt by the Turkish government to punish and censor the Turkish media is a matter of deep concern for the United States.

We strongly urge you to address this issue with President Erdogan and his Administration in a way that encourages a peaceful and appropriate resolution to these cases. Such a broad effort by the Turkish government to censor media is an affront to the basic principles of democracy, free society, free enterprise, rule of law, and equal opportunity.

Dignitaries, clergy, and everyday citizens, Jews, Christians and Muslims gathered Thursday night at Tarrytown’s DoubleTree Hotel by the invite of the Turkish Cultural Center for a Ramadan dinner, speeches, and entertainment. State Senator Andrea Stewart-Cousins praised the far-reaching outreach and inclusivity of this group and the peacefulness of their mission.