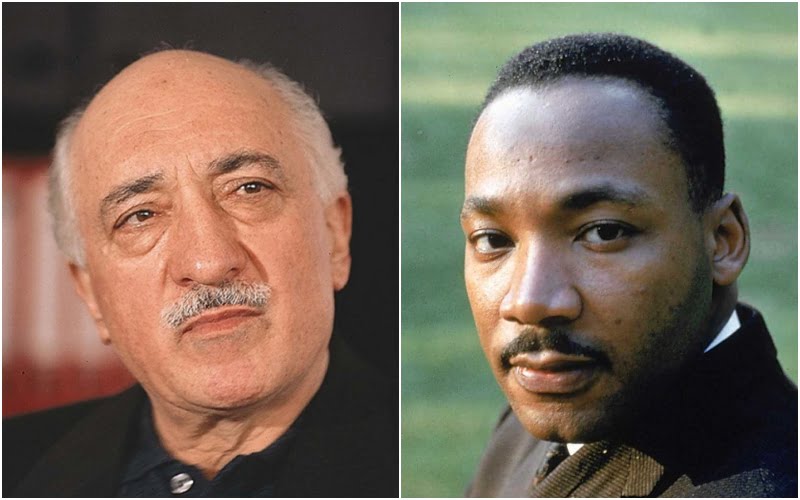 God Almighty expresses in the Quran that He created every human being with dignity, regardless of their religion or nationality. (17:70). Recognizing every human being as valuable and holding them with dignity is the most important message that our Prophet, peace be upon him, left for humanity through his sayings and his life’s example. Contrasting the community at the time when he received the revelation and the community that he left behind, one can clearly observe the struggle he went through for the sake of equality for all, and the progress achieved by those who accepted him as a guide.

Dr. King and his fellow civil rights activists continued on their path despite the challenges they faced. Their sacrifices influenced public opinion in significant ways and helped pave the way for legal reforms.

We must not forget the lessons learned through the suffering of the civil rights struggle. Charlottesville has shown us that racism and hatred can rise again at any time and besiege communities.

Permanent solutions to social ills can only be attained through long-term education programs and socio-cultural measures alongside legal reforms. Although significant progress has been achieved in many countries, including the United States, more work remains to be done.

The contributions of Dr. King, who was a preacher, and of other devout Americans are a great example of how religious leaders and individuals can play positive roles in improving society.

On this occasion, I commemorate Dr. Martin Luther King, Jr., along with others who have contributed to the civil rights movement. I also pray to God Almighty to lead us to the days in which every individual is valued and people embrace each other all around the world.

Martin Luther King Jr. International Chapel at Morehouse College awarded its prestigious 2015 Gandhi King Ikeda Peace Award to Islamic scholar Fethullah Gulen in recognition of his life-long dedication to promoting peace and human rights. The chapel has been giving a community builders prize and a peace award since 2001. Past recipients of these awards include leaders such as Nelson Mandela, Rosa Parks, Andrew Young and Archbishop Desmund M. Tutu.

A democratic society should allow everyone to live at their will. Democracy is the system that probably does this best.