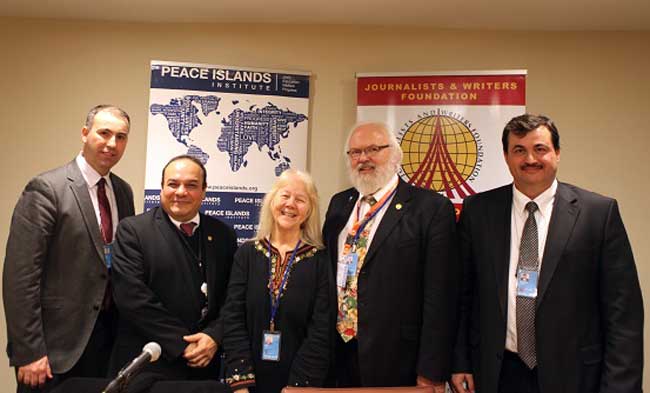 On February 11, 2015, Journalists and Writers Foundation, Albert Schweitzer Institute, and Peace Islands Institute held a panel discussion titled “Peaceful and Cohesive Societies for Social Development,” during the UN DESA 53rd Commission for Social Development. The discussion was moderated by H.E. Carlos Garcia, Former Ambassador of El Salvador to the United Nations, and featured panelists: Professor Martha Ann Kirk of the University of the Incarnate Word Terry, Professor David Ives of Albert Schweiter Institute, and Mr. Huseyin Hurmali of the Journalists and Writers Foundation. Panelists shared project experiences and anecdotes that offered insights on key elements seen to foster peaceful and cohesive societies. Common themes included education and its empowerment of vulnerable populations as well as the emphasis on the importance of local engagement and dialogue and the potential of “forgiveness”. 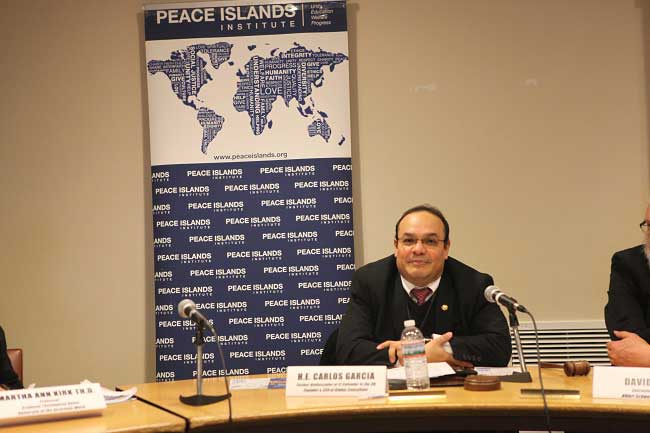 Professor Kirk provided an overview of her project, “Iraq Women of 3 Generations: Challenges, Education, Hopes for Peace,” that shined light on the Turkish schools established in the Kurdish region of Iraq and how these academic institutions have revitalized hope and fostered peace among the conflict-stricken population. The anecdotes she shared of students and families that have rediscovered conviction and pursued opportunities otherwise unknown to them because of education lends insights to the potency of knowledge and transformative power of education. 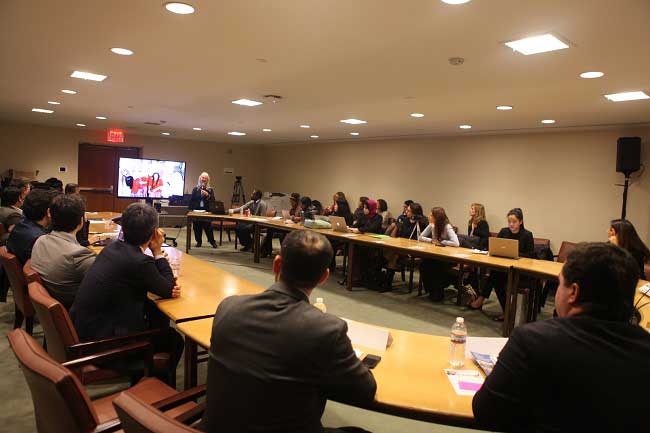 Professor Ives spoke of the life of Albert Schweitzer and his legacy that is being carried on through the work of The Albert Schweitzer Institute. He offered insights on what he saw as building blocks to a cohesive society and discussed the shared emphasis of “forgiveness” by renowned champions of peace that include world leaders among the likes of President Nelson Mandela, Bishop Desmond Tutu, and Martin Luther King, Jr. Professor Ives also laid out his argument for the concept of human rights as an important underpinning to the creation and sustainability of peaceful and cohesive societies. 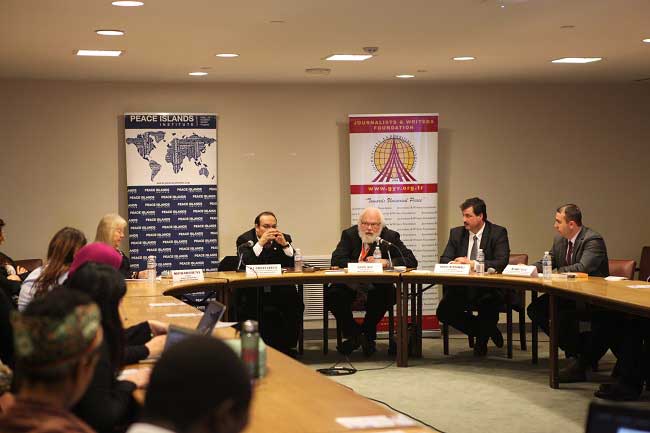 Mr. Hurmali introduced the Journalists and Writers Foundation and spoke of the organization’s Honorary Chairman, Dr. Fethullah Gulen, and his contribution to girls’ education and women empowerment in Turkey. To provide perspective to the work of the foundation, Mr. Hurmali played a video on the foundation’s “Peace Projects” initiative that seeks to maintain peace and security within and among nations. Mr. Hurmali concluded his discussion by emphasizing on the potential of intellectual capital for peace that is promoted through the grant-making of his foundation. 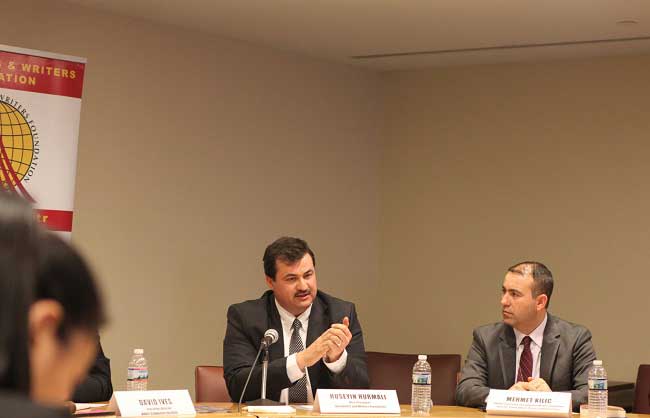 Mr. Huseyin Hurmali, Vice President of the Journalists and Writers foundation, discusses the “Peace Projects”, an initiative by JWF to promote peace and security among nations.