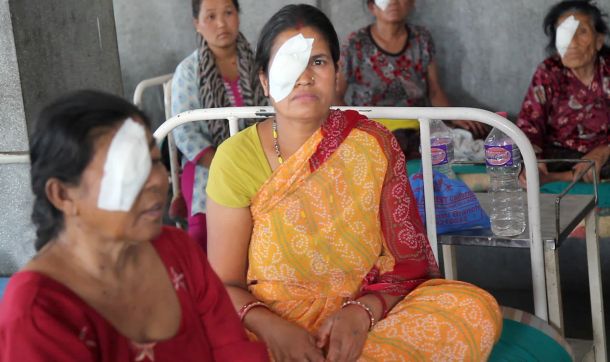 On the first day of Eid al-Adha, volunteers from the KYM took 68 people to an ophthalmic hospital in Kathmandu.

More than 2,000 cataract surgeries were carried out thanks to Kimse Yok Mu in Nepal. CEO of the hospital, Bishwa K. Mainali, expressed his gratitude to the KYM for their struggle in field of health.

The KYM has been quite active in Nepal especially in the aftermath of a magnitude 7.8 earthquake in Kathmandu. A medical team of 50 people was formed and 25 tons of humanitarian aid was delivered to the victims just after the incident.