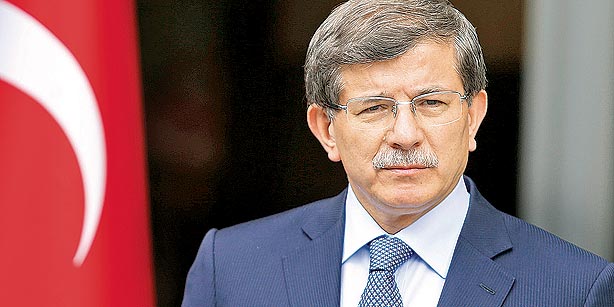 On Thursday, these letters that provide a brief description of the rollback of democratic achievements as well as the ongoing massive corruption scandal in Turkey, were described in large letters in various pro-government newspaper headlines as “Letter of treachery,” “Letter of shame” and “Gülenists involved in anti-Turkey propaganda,” in order to suggest that they were designed to harm the image of the Turkish government abroad. The letters were also used as a reason for the government’s attempt to close schools abroad that are affiliated with the Hizmet movement.

The effort to close the schools comes at a time when the Hizmet movement is being subjected to a hostile smear campaign conducted by the government. The prime minister and many high-level officials are implicated in a sweeping corruption scandal that became public on Dec. 17, 2013, and the prime minister has accused the Hizmet movement as being behind the probe in order to bring down his government.

Foreign Minister Ahmet Davutoğlu has acknowledged that Prime Minister Recep Tayyip Erdoğan’s government gave instructions to Turkish embassies and other representatives abroad to urge the closure of Hizmet-affiliated schools and defended the government’s smear campaign, saying that the reason for this was that a number of civil society representatives had sent letters to foreign officials expressing complaints about Turkey.

However, appearing on a pro-government TV channel on Wednesday night, Davutoğlu denied the reports that there was an order for the closure of Turkish schools.

“No, there has been no such order [pertaining to closing schools abroad],” Davutoğlu said, adding: “The Foreign Ministry has made no such decision. However, there is an open and clear order that says what is required of it [the Foreign Ministry] will be carried out in the case of any insult or activity against the Republic of Turkey — no matter by whom and no matter how. We will not allow anyone to complain about the leader of this country in other parts of the world using the innocent image of those schools.”

Davutoğlu also said that the letters were not the only issue and that it was not the first instance of such action. “In order to complain about Turkey to those abroad, there were headlines written as if Turkey supports al-Qaeda,” Davutoğlu said.

The Turkic American Alliance (TAA) has called on Davutoğlu to provide evidence substantiating his recent claims that individuals affiliated with Turkish schools abroad sent letters of complaint to foreign officials about Turkey.

Davutoğlu was referring to a particular letter, one that pro-government newspapers described as “treachery,” written by the director of the Center for Global Affairs, Mehmet Kılıç, who provided a description of recent developments in Turkey since Dec. 17, 2013, when the graft probe was exposed.

The original letter says: “The initial reaction of Mr. Erdoğan and many AKP politicians was that the [corruption] investigation was ‘a dirty operation orchestrated by external forces to undermine Turkey’s bright future’ and ‘a coup against his government designed by a “parallel structure” within the police and the judiciary (in clear reference to the deliberately constructed allegation of the so-called ‘Gülenists’ formation) and vowed to root out from all state institutions what he described as a ‘gang.’

“As you probably noticed, a massive corruption investigation in Turkey made front-page news worldwide and was also picked up by The New York Times, The Wall Street Journal, The Washington Post and many more US publications.

“Turkey was always considered a model of a constitutional democracy in the Middle East. However, this 90-year-old democracy is now facing a major crisis. Four separate corruption investigations that involve the sons of three ministers and the prime minister himself have sparked a massive government reaction, leading to the collapse of the rule of law, human rights, freedom of the press, and freedom of expression — significantly undermining the foundation of Turkish democracy.”

The faith-based Hizmet movement administers a broad network of schools and more than 2,000 educational establishments in more than 120 countries around the world. These schools provide education to thousands of students and are well known for their achievements in the International Science Olympiads.

Many from various circles, including intellectuals and academics, have leveled harsh criticism at the Erdoğan government’s attempts to shut down Turkish schools, which provide an education to thousands of students abroad.

Gov’t has sent letters to foreign officials as well

Government officials who criticize representatives of the Hizmet movement for sending letters to foreigners have also sent letters that provide a carefully veiled picture of what is really happening in Turkey.

A letter sent by Cemalettin Haşimi, coordinator of the Prime Ministry Office of Public Diplomacy, says: “The group known as the Gülen movement, involved in the recent attacks on the government, has for the last two years been critical of the government and they have certain political attitudes with regard to Turkey’s political context: 1) Directly or indirectly they are against the peace and negotiation process between the Kurdish armed organization [the Kurdistan Workers’ Party], the PKK and the state; 2) they are harshly critical of Turkey’s policy toward Israel, demanding a pro-Israeli position in the region or a position that ‘doesn’t make Israel angry with Turkey’; 3) they are critical of Turkey’s engagement with and style of politics in the Middle East; and 4) they are using incredibly moralist language in politics while claiming not to be involved in politics at all.”

The letter further says, “Until the last couple of years, the Gülen movement had been pro-government during the struggle against military tutelage, but then their members began to get positions and specifically they got stronger both in the police force and the judiciary (In official positions, they usually reject any kind of connections).”

The letter concluded: “The creation of such a network within the state, I personally believe, is the biggest danger to a democratic, transparent state. Plus, they have been practicing an incredibly theological-messianic reading of Islam, hoping to create what they call a ‘golden generation’ to run the country, while they keep saying that they have no interest in politics.”

Meanwhile, Davutoğlu also targeted Today’s Zaman Ankara Bureau Chief Abdullah Bozkurt without mentioning his name, but by recalling his column published on Jan. 30, 2013, that exposed leaks in the Foreign Ministry.

Labeling investigative journalism “treachery” and calling critical members of the media “traitors,” with a special focus on English-language media, has become a common pattern for Davutoğlu in recent years. Instead of offering reasonable explanations for serious claims and responding to criticism with substantive answers, the Turkish foreign minister seems to have launched a full-scale war against critical media, going so far as to question journalists’ patriotism.