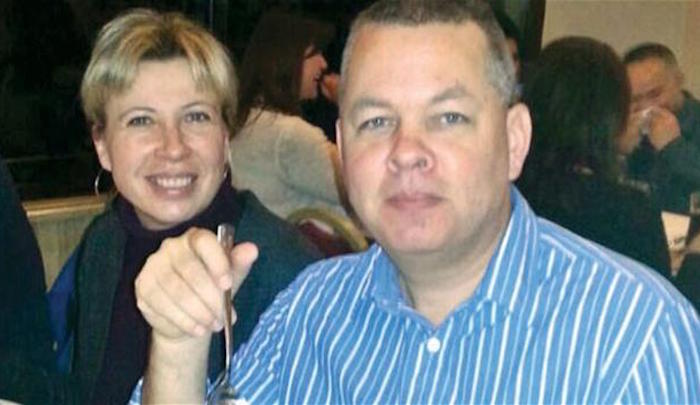 Turkey’s Erdogan regime has arrested an American pastor whom they could use in a possible exchange for the Turkish Muslim cleric they want to extradite from the United States.

The Muslim Fethullah Gülen is accused by the Erdogan regime to be the mastermind behind the latest failed-military-coup intending to depose the president.

Pastor Brunson and his wife, Norine, were detained on October 7, under Interior Ministry deportation orders.

However, his wife was released on October 19 and received an extended permit to remain in the country. 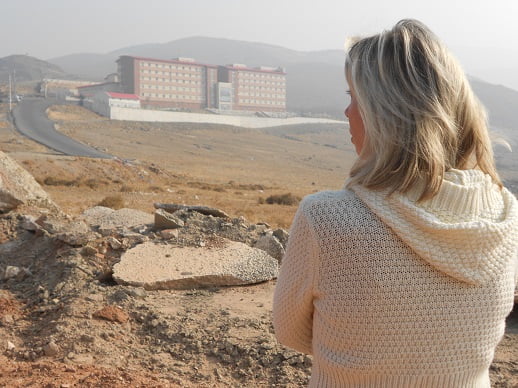 Meanwhile, the pastor was transferred overnight on 8 Dec. to a counter-terrorism center, before being brought before an Izmir court for interrogation.

64 days after his arrest on October 7, on December 9, a Turkish judge sent Rev. Andrew Brunson to prison at the Harmandali Detention Centre on the northern edge of Izmir.

Brunson’s lawyer has confirmed that the court document released at the hearing charged her US client with “membership in an armed terrorist organization”. The judge specifically mentioned allegations that the pastor had links with the Fethullah Gulen movement, which is accused by Ankara of instigating a failed military coup against the Turkish government on 15 July.

President Recep Tayyip Erdogan accuses Fethullah Gülen of masterminding a failed coup that killed at least 271 people in July this year, according to the state Anadolu news agency.

Mr. Gülen emphatically denies any wrongdoing and maintains that he is opposed to violence.

In fact, he assures that charges against him are part of a political vendetta that started in 2013 after his supporters started investigating and publishing corruption allegations against Turkish politicians close to the president.

After the so-called coup, Erdogan’s rage was such, that he promoted incarcerations of ten thousand troops, maintaining them in concentration camps, with almost no food or water, and the thousands of men being systematically raped. 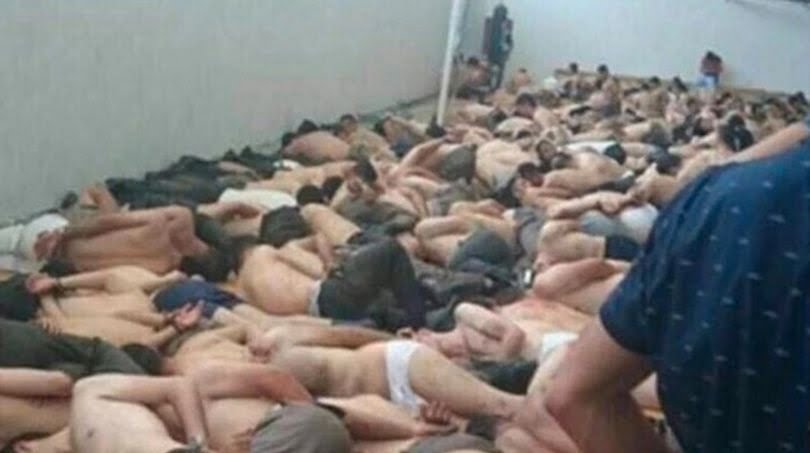 Initially, no human rights organization decried the crimes against humanity committed by the Erdogan regime at that point.

Finally,  Amnesty International alerted that there was “credible evidence Turkish police are holding detainees, denying them food, water, and medical treatment and in worst cases, severely beaten and tortured.

During months, many of the 10,000 detainees have been kept locked up in horses’ stables and sports halls – some hogtied in horrific stress positions, according to human rights campaigners.

Credible sources report that Turkish troops imprisoned after the failed military coup are being raped, starved and left without water for days.

Up until now, we don’t know what has been the final fate of those Turkish men.

While Muslims are unconditionally welcome with open arms in the West, where they never intend to adopt local mores, exactly the opposite happens to Christians in the world of Islam.

Surely, the Brunson couple has lived in Turkey for roughly 20 years, but did not stop authorities from accusing Reverend Brunson of aiding and abetting terrorism.

For his part, Gülen maintains he and his movement are not for violence.  It could be true.

But, don’t all Muslims say Islam is the religion of peace?

All Muslims, that is, except their terrorists. Indeed, the religion of peace.

Always remember, the 19 terrorists who prepared and trained for the massacres of 9/11, ALL were “moderate” until the left their homes to fulfill their macaber mission.

Whom you choose to believe, is at your own risk.

The bottom line may be that with Brunson, now Turks have a good piece to exchange for Fethullah Gülen, should they not receive him before President Obama finishes his term.

Nothing dealing with Islam is unplanned.  The sooner Westerners and Americans, in particular, realize that the better it will be.