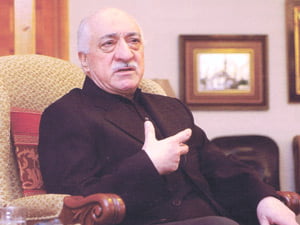 Turkey is in the spotlight (again) with TIME magazine’s choices for its 2013 list of the 100 most influential peoplein the world.

Turkish spiritual leader Fethullah Gulen and the imprisoned leader of the Kurdistan Worker’s Party (PKK) Abdullah Öcalan were both listed under the leaders section.

Öcalan and Gulen are two enigmas. One lives in self-imposed exile in the United States. The other is imprisoned on an island off Istanbul. Both are deeply influential, but their views are only rarely expressed to the public.

No Turkish politician was listed, though they were in past years.

TIME magazine’s yearly list is a good indicator of what is “in.” That Gulen and Öcalan are on it this year will set off a storm of controversy in Turkey. Some local journalists, who are increasingly forced to self-censor, might enjoy the chance offered by TIME to discuss the sensitive topics that come along with both these men. While some Turks will voice outrage at the selection of men considered by some to be an “ayatollah” and a “terrorist”, nearly all will feel some self-satisfaction and pride that their country is so pivotal that two of its sons made the list.

Fethullah Gulen: How to get an interview

Gulen, in particular, is fascinating to me. And, yes, the fascination comes from more than being chastised by one of the Gulen Movement’s newspaper as an “emotional” and “biased” reporter. A weeks ago, I pressed a senior member of the movement on how I could interview Gulen. The man laughed. If you want to interview Gulen you should read everything that he has said and everything that has already been written about him, the man said. Then submit a list of original questions that have not already been answered.

It sounds so simple. And I am working on it. However, Gulen has said a lot and there’s been a lot written about him. So I could use some help. If you have an original question you’d like me to ask Gulen in the near future do let me know. Of course, it will be nice to have his thoughts on being chosen one of TIME’s 100 most influential people for 2013. But there’s a lot more to ask a man whose teachings have created an international movement.