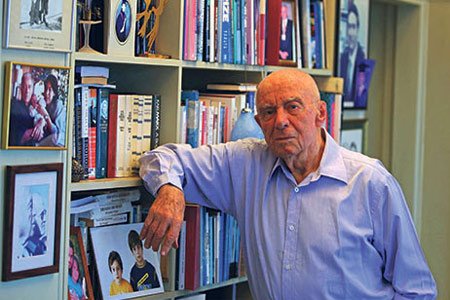 The book of Mehmet Gundem “The Necessary Man” which is about the life of Turkish Jew Ishak Alaton has interesting details. According to Alaton, the accomplishment of the Gulen movement is based on three pillars:

First, Mr. Gulen thinks outside the box. He broke taboos in Turkey and he brought together people from totally different walks of life. Therefore he constituted a diverse platform out of these people.

For instance, he entered the Lutfi Kirdar Convention and Exhibition Center of Istanbul, where three thousand people gathered, with Armenian and Greek Orthodox Patriarchs on one side and the Chief Rabbi and Assyrian Orthodox Metropolitan on his other side. The message was clear: interfaith dialog, love, tolerance, friendship and sincerity.

Second, my personal impression is that he is trustworthy. I have the talent and enough experience to feel out people. I can distinguish a sincere person from a disingenuous one. I believe Gulen is a person who prioritizes peace in his inner world, who always works sincerely for peace and wellbeing of others.

He became a model

Third and the most important is that there is a movement attributed to him. This movement is a movement of education. It educates people, changes their worldview, and makes them quality world citizens. This is a new human model…

I know how hard it is to influence and make people believe in something and have them work devotedly in the way of that belief; when you add moral values and self-transcendence… it is an incredible picture.

Fethullah Gulen has always been hopeful about the future, even under extremely desperate conditions and he has always tried to instill hope into people’s hearts. Below is one of his messages full of hope. Fethullah Gulen’s Message to the “Establishing & Sustaining the Culture of Coexistence and Mutual Understanding” Forum in Addis Ababa, Ethiopia His […]