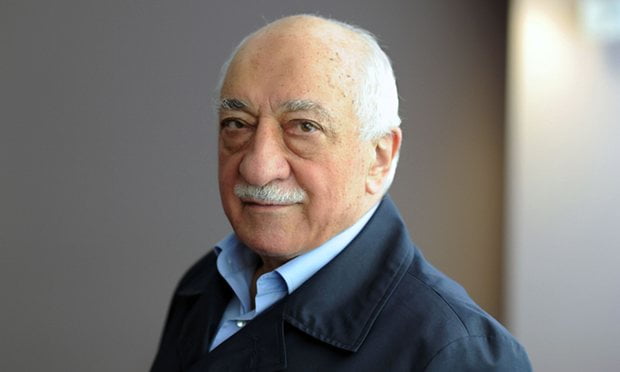 The state department’s announcement came after US officials met their Turkish counterparts in Ankara to discuss Gülen, who has lived in rural Pennsylvania for the past 17 years in self-imposed exile. Vice-president Joe Biden is expected in the Turkish capital on Wednesday to meet President Recep Tayyip Erdoğan.

According to the White House, Biden will emphasise “ongoing strong support” for Turkish democracy in the wake of the foiled coup by a segment of the armed forces, but the Turkish leader is expected to focus his attention on the Muslim cleric, who was once his ally but whose presence in the US has now become a serious irritant in relations between Washington and Ankara.

Erdoğan has previously warned the Obama administration it had to “choose between Turkey and Gülen”.

“We can confirm now that Turkey has requested the extradition of Gülen,” a state department spokesman, Mark Toner, told journalists on Tuesday.

Toner added that the extradition request was not related to the 15 July attempted coup, but was for other issues for which Gülen was being sought by authorities in Ankara. He did not specify what those issues were.

Erdoğan’s government has blamed Gülen for orchestrating the abortive putsch, in which over 200 people were killed, and has rounded up his alleged supporters. Ten of thousands of suspected Gülen supporters have been dismissed from jobs in the judiciary, armed services or media, and many have been imprisoned.

Earlier this months, the state department said that it had received a sheaf of documents from Turkey about Gülen, but could not confirm at that time the documents amounted to an extradition request. Any such request and US response, they said, would be governed by the extradition treaty both countries signed in 1981.

From the US, Gülen has run an extensive social network in Turkey, promoting interfaith dialogue and providing social services. It operated in partnership with Erdoğan’s Justice and Development party (AKP) until the relationship between the two men soured in 2012 and then turned to enmity the following year, when a corruption scandal erupted implicating the president’s closest associates and family. Erdoğan blamed Gülen for planting the allegations. The Turkish government has since described the Gülen movement as a terrorist organisation.