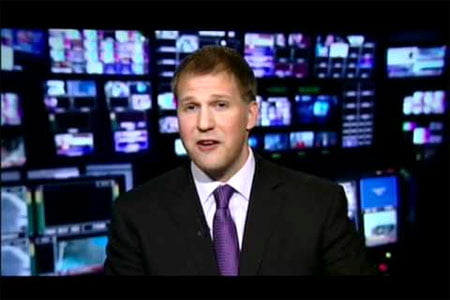 This September, I was interviewed by a communications firm on the topic of Islamophobia. The firm is planning a campaign to counteract Islamophobia in America and was conducting interviews with Washington policymakers who have addressed this topic. The interview came on the heels of a Center for American Progress (CAP) report published last month, called “Fear Inc: The Roots of the Islamophobia Network in America,” which found a well-financed, well-organized network of advocates, experts and media partners conducting a strategic campaign throughout America and “spreading hate and misinformation,” as CAP put it.

Islamophobia is on the rise in America, but this is hardly surprising. Scan recent American history to witness the consistent creation of an “other”, whether it was anti-Catholicism and anti-Semitism in the 19th century (and beyond), the first Red Scare in the early 1900s, the Japanese-American scare and second Red Scare in the mid-1900s, or the Muslim American scare in the early 2000s. There is purpose here. When entire races, religions or regions are dehumanized, it is easier to wage war, expel immigrants, and forge new, discriminatory (or oppressive) domestic and foreign policies to deal with these vilified populations.

Turkish-Americans are the latest to feel the heat. Despite serving as NATO’s number two troop supplier and recently agreeing to host a NATO radar defense system, Turkey is often accused by Washington for contradicting US foreign policy aims and objectives when negotiating with Iran, Syria, Israel and Libya. Additionally, Turkey’s market-friendly version of political Islam has often rubbed the West the wrong way.

Now, targeted discrimination aimed at the Turkish American community is centering on a Turkish educational effort, which was identified in CAP’s “Fear Inc” report. The new supposed Turkish threat to America: “Muslim Gulen schools, which [members of the Islamophobia network] claim would educate children through the lens of Islam and teach them to hate Americans”. The authors of the CAP report flatly reject this assertion, however, saying that the schools started by Turkish-American Fethullah Gulen are “nothing of the sort” and that “they are a product of moderate Turkish Muslim educators who want a ‘blend of religious faith and largely western curriculum’.”

CAP is on to something. Two Gulen charter schools ranked 5th and 6th on Newsweek’s 2011 Top Ten Miracle High Schools and two Gulen schools ranked 144th and 165th on Newsweek’s 2011 list of America’s 500 Best High Schools. So what is going on here? Gulen talks of peace and tolerance and was compared by Georgetown professor John Esposito to the Dalai Lama and praised by Madeleine Albright and James Baker III for his advocacy of democracy and dialogue. You would think this is the type of Muslim that America wants. While I recognize that there are legitimate concerns regarding the use of public funds for these charter schools, and concerns about the Gulen movement’s democratic proclivities in Turkey, it seems that at the heart of this is an undercurrent of phobia about Islamic teaching in America.

Having received my high school diploma from a Christian school and my master’s degree at a Mennonite university, which received funding from the US State Department, I know how comfortable this country is with Christian education. Islamic education, however, remains new. The Khalil Gibran International Academy in New York, for example, which aimed to teach Arabic and train students to become “ambassadors of peace and hope”, was vilified as having a “jihadist” agenda. Teachers were termed “terrorists” and founders were called “9/11 deniers,” to which Georgetown’s Esposito responded: “It’s an agenda to paint Islam, not just extremists, as a major problem.”

All of this is new to many Americans, and it is likely scary, especially since the prevailing association vis-à-vis Islam is violence. We have few notions of Islam and nonviolence, in large part because our fear has focused on the extreme outliers and because our largely Christian nation has not yet fully embraced — in media, policy, education or law — religious diversity, no matter how nonviolent, peaceful and tolerant the religion’s majority. It is time we do so. There is much to embrace — if only we open our eyes to it.

Michael Shank is a doctoral candidate at George Mason University’s School for Conflict Analysis and Resolution, a board member of the National Peace Academy and an associate at the Global Partnership for the Prevention of Armed Conflict.

Manhattan Borough President Gale A. Brewer joined the Turkish Cultural Center and Embrace Relief in a relief effort to provide aid to the underserved and those struck by disaster. 1,500 pounds of meat were donated to the Mount Olivet Baptist Church in Manhattan.