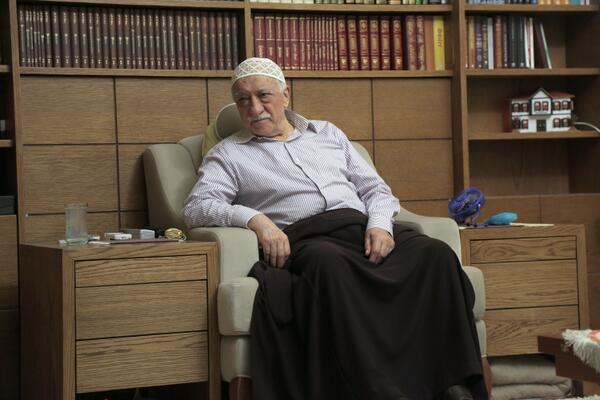 Islamic scholar Gülen has called on the government to act “reasonably” in its plan to close test prep schools, adding that they were the ones receiving a “slap,” in a veiled reference to a statement from Prime Minister Recep Tayyip Erdoğan.

“[We should] insist on what’s right and reasonable. Otherwise, it means being inclined to futility. If you say, ‘Let’s demolish these schools, these are futile’ or ‘Let’s stop the opening process, it’s futile,’ God will call [you] to account,” Fethullah Gülen said according to statements posted via Twitter on Nov. 27 by the editor of the scholar’s official website, herkul.org, Osman Şimşek.

“You cannot stay indifferent against this. That would mean staying indifferent against one’s right; you have to defend it without making concessions in the language you use,” Gülen said in an apparent message to members of the “Hizmet” [Service] movement.

The movement founded by Gülen, a scholar who has been in self-exile in the United States for years, had previously described the move to reform the education system built on the test prep schools, known as “dershanes,” as tantamount to a military coup.

Erdoğan responded to the accusations, saying the movement was seeking to hit the government. “Back in the day, the media gave us slaps for ‘making arrangements as per [the wishes] of the [Gülen] movement. Now, it is our brothers [of the movement] who are trying to give the government a slap,” Erdoğan said, expressing his discomfort with the Gülen movement’s media outlets extensive coverage of the issue.

Without openly quoting Erdoğan, Gülen said it was the movement that was receiving a slap because of the government’s plan.

Erdoğan made new offers regarding the government’s move on the weekend, offering new incentives to dershane owners and teachers to agree to change the status of the prep schools to private schools.