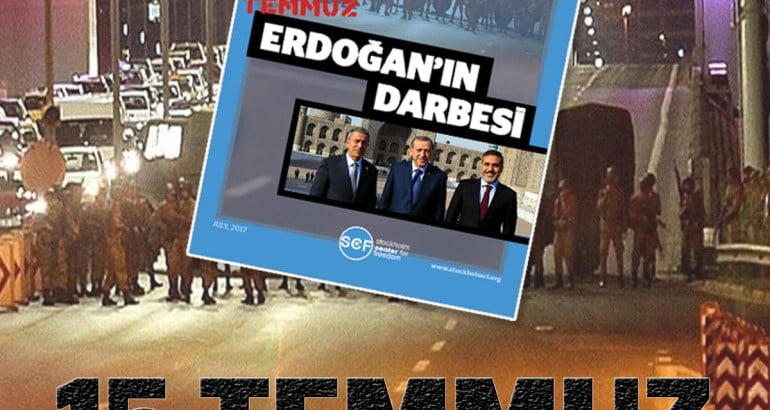 Based on publicly available data, the coup indictments, testimonials in court trials, private interviews, reviews of military expert opinions and other evidence collected by researchers, SCF is fairly confident that this attempt did not even qualify a coup bid in any sense of military mobilization which was unusually limited in numbers, confined in few cities, poorly managed, defied the established practices, tradition, rules of engagement and standard operating procedures in Turkish military.

“This was a continuation of a series of false flags that were uncovered in the last couple of years under the authoritarian rule of Erdoğan regime and it was certainly the bloodiest one,” said Abdullah Bozkurt, the President of SCF.

“Erdoğan appears to have tapped on widely circulated coup rumors in Turkish capital and staged own show to steal wind and set up his opposition for a persecution,” he added.

Judging from the results of the coup bid, Erdoğan won big time by securing imperial presidency, consolidating his gains, stifle the opposition and even launching cross border military incursion into Syria for which he had been itching for too long. No wonder why he immediately called the attempt as “a gift from God.”

The report was originally published in Turkish. SCF plans to release an English edition soon with new changes and updated data.

Here are some of the findings from 191-page detailed report on what happened on July 15, 2016, and days leading to that.