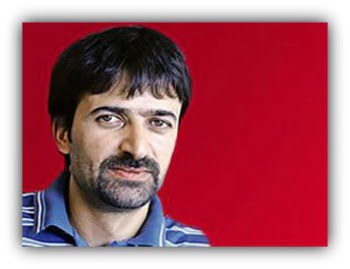 I have been following anti-Fethullah Gülen broadcasts in the Kurdish media for some time now. Television stations, newspapers and Internet sites known for their closeness to the Kurdistan Workers’ Party (PKK) have incessantly been spreading hostility amongst its readers against Gülen.

It wouldn’t be so difficult to understand if most of these publications remained within the acceptable limits of criticism (regardless of how harsh or how much that criticism might be). But the PKK has virtually put the Kurdish question aside to wage a war on the Gülen community. The PKK leaders have declared the Gülen community the “biggest enemy of the Kurdish people.” Individuals and organizations said to be close to the community have been included on the PKK’s list of targets.

In an interview PKK leader Murat Karayılan gave to the Fırat news agency about the Gülen community on Nov. 5 it is interesting to see the extent of this phenomenon. Karayılan claimed that he had a file on Fethullah Gülen and wanted to share these documents with television stations and newspapers in Turkey. The name of the file is the “Green Ergenekon.” The PKK has never felt the need to form or share any files to date about the real Ergenekon (the one that is responsible for thousands of unsolved murders perpetrated in the ‘90s, for disappearances in custody and villages that were forcefully evacuated) until today. To the contrary, it has had to “distance” itself from the probe into Ergenekon because Kandil [the PKK headquarters in northern Iraq] is “antagonistic” to the investigation. The enmity toward Gülen in the Kurdish media reminds me of Feb. 28, [1997, the date of an unarmed military intervention that forced the government to resign at the time] media and the Turkey of the ‘90s. Videos featuring Gülen that were obtained by intelligence units were always the top story every evening on news stations. The PKK is acting as though it has taken on the anti-Gülenism of the former owners of the state or the military bureaucracy. The jargon they use is familiar, highly reminiscent of the language used by the Feb. 28 media, Odatv broadcasts and the Workers’ Party (İP). In fact they virtually use the exact same words and concepts on this issue. Of course, what I am really curious about is the evolution of the hostility against Gülen from its roots in the deep state and the status quo to the Kurdish movement. I believe that this extent of anti-Gülenism has been brought to the Kurdish movement from outside. I have followed the Kurdish issue for years, but I am clueless as to how the Gülen movement could suddenly have become the arch enemy of the PKK. It is possible that the Kurdish movement and the Gülen movement will come face to face during the Kurdish movement’s process of becoming politicized and becoming more active in the cities. But it can’t be the factor that has pushed the Kurdish question into the background.

This brings to mind Christopher Nolan’s “Inception,” starring Leonardo DiCaprio. It is the story about a thief and a spy who infiltrates people’s dreams and steals their deepest secrets, and how this intertwines with the spy’s own life. This is not the whole story and the best part comes later: The concept of creation or inception, of an idea instead of stealing an idea. The thief and his team invade the dream of a young heir to a company that is the rival of their client and implant the idea of a classical father and son conflict. This way, the young heir is convinced, will eliminate his father’s company for his “freedom.” The hostility in the Kurdish movement towards Gülen and his community is reminiscent of such an inception that follows the “planting of an idea.” Once you plant the seed of an idea, it is inevitable it will grow and sprout, especially when the ground is this fertile and suitable.

If I may say so, hostility toward Gülen began to change hands with the start of the Ergenekon investigation. The deep state, the status quo and the right wing and left wing structures that are the extensions of these (the deep state and the status quo), gangs or pro-coup groups have for the past five years been creating enmity against Gülen continuously among the Kurdish movement. The Kurdish front has been influenced by this to such an extent that it is now really hostile toward the Gülen community. Small-scale research can show that most of the anti-Gülen news items in the Kurdish media can be traced back to the aforementioned entities.

Broadcasts by the PKK’s European media outlets are the most noteworthy. It is virtually an exact replica of the Feb. 28 media. These broadcasts create the impression that there is a group within the PKK that especially fans enmity against Gülen.

Let’s finish this in a way Kurdish politicians like to hear: “Leave the Kurds to the Kurds.” Yes, maybe you are right, but I cannot help but remind you of this: Your hostility against Gülen in reality isn’t yours, but someone else’s.

*Kurtuluş Tayiz is a columnist for Taraf. This article was first published in Taraf on Nov. 18, 2011. [email protected]