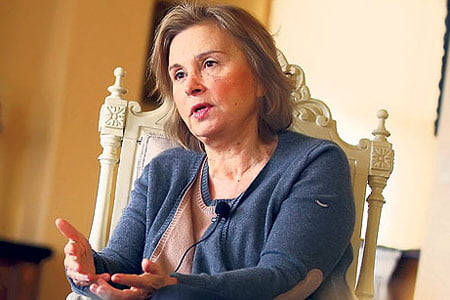 While February 28th is debated these days, a notion has been created as if Gulen was collaborating with “post modern coup.” In fact, Gulen in his interview on Channel-D on April 17,1997 asked Refahyol government to resign. However, these words were spoken in order to reduce the tension in the country. His opinion could have been faulty at the time, but one cannot make a conclusion about his position in general based on this statement.

Gulen’s position cannot be assessed along the same lines with the central media (that encouraged and supported the coup). He made his statement to protect the Hizmet movement. Gulen was not a collaborator of the military. On the contrary, he was a target to them. According to the second article of February 28 resolutions, the transfer of Gulen schools to The Ministry of Education was demanded. This article states, “all schools and dorms that are affiliated with tariqahs (religious sects) should be transferred to the Ministry of Education as required by the law of Unity of Education.”

National Intelligence Agency (MIT) report, which was presented to then Prime Minister Mr. Erbakan on December 17, 1996 portrayed Gulen as having illegal contacts:”Fethullah Gulen is the hidden partner of Deputy Prime Minister Ciller’s money laundering scheme, a civilian organization created by CIA. This can be proven if the records of the Ministry of Finance are searched.”

This report came out in the newspapers in February of 1998. According to the report, Gulen did not only had ties with CIA, but he was also in contact with Haluk Kirci and Abdullah Catli (who were illegal crime organization leaders). That report in fact was compiled from the issues of September 22, November 17 and November 22, 1998 of the Aydinlik magazine owned by Dogu Perincek. Now you see how it works, right?  First, they got the media publish the news, which were primarily from Dogu Perincek as a source. MIT compiles the news from the newspapers and submits them as a report to the Prime Minister.  On the bottom of each page of the report there was a note  “quoted from the newspapers”. However the newspapers ignored the fact that the source of MIT report was media, not intelligence. The newspaper presented the public with the “MIT report” as evidence, which was based on what they themselves had published earlier. Thus, the news that appeared in Aydinlik magazine was turned into the MIT report.

Fethullah Gulen was not targeted only by MIT, but also by the military. The Gulen report that was created by Bati Calisma Grubu (West Working Group) was discussed on March 1998 meeting of National Security Council. According to this report, almost 30 out of 80 city mayors were Gulenist! The long-term goal of the group was eventually to establish an Islamic state.  Gulen had 257 schools and 4 thousand teachers were educating 40 thousand students in these schools.

According to Aydinlik news on January 10, 1999, “95% of the human resources department of National Police are Fethullah Gulen followers. The password system was changed after February 28…”

Later on cassettes were released to the public. It was claimed that Gulen’s real intention was to destroy secularism and therefore he was getting organized within the state but he was hiding his real intention. And this trend continued… Gulen was put on trial but later he was acquitted.

As you can see nothing has changed since then. Similar claims are being made again these days.

Today I wanted to explain the difference to those who console themselves by saying “Gulen, too, was against the Refahyol Government.” Some were collaborators (of the military), and others were a target to it.