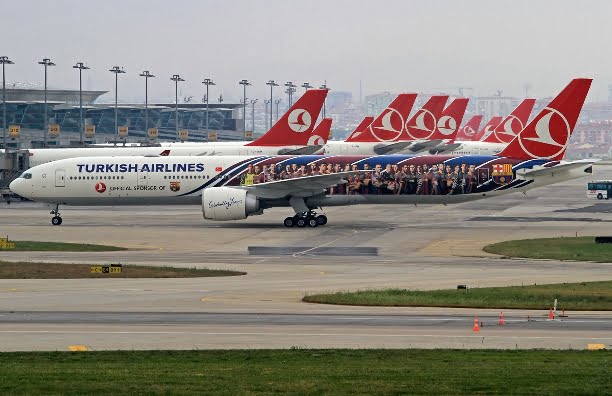 Mehmet Yılmaz, head of Turkish Airlines’ (THY) line maintenance department, was demoted to a lower position, according to Turkish news outlets on Friday.

The reassignments, in conjunction with a recent statement made by Prime Minister Recep Tayyip Erdoğan, have generated the perception that the ruling Justice and Development Party (AK Party) is targeting members of the Hizmet movement. “If reassigning individuals who betray this country is called a witch-hunt, then yes, we will carry out a witch-hunt,” said Prime Minister Erdoğan last month.

Following the corruption allegations that went public on Dec. 17 and resulted in the resignation of four AK Party Cabinet members, thousands of police and hundreds of members of the judiciary were purged or reassigned to different posts, in an attempt to cleanse the state apparatus of members of the Hizmet movement, which according to Prime Minister Erdoğan have formed a “parallel state” determined to unseat the government.

Kemal Babuşcu was removed from his post as strategy and business development manager of THY last month. Babuşcu was offered the position as general manager of the company’s catering service. Babuşcu, a Fatih University graduate and nephew of AK Party İstanbul branch head Aziz Babuşcu, posted a statement on Facebook saying he was transferred based on the claim that he was a member of the “parallel state.”

Turkish Airlines, the country’s flagship airline which is 49 percent state-owned, has repeatedly targeted individuals and media outlets critical of the government. In April, former AK Party deputy Muhammed Çetin claimed that he was “blacklisted” by the airline and on separate occasions was prevented from purchasing a ticket and asked to leave a flight that he had already boarded. Çetin resigned from the ruling party following the corruption probe.

Earlier this year, the airline completely ceased its dealings with Bank Asya, a Turkish bank affiliated with the Hizmet movement. Followers of the movement interpreted the decision as part of a move by the government to sink the bank. Around the same time, copies of newspapers such as Zaman, Taraf and Bugün, which are critical of the government, were removed from THY flights. Such decisions indicate that THY policy is under the firm grip of the government.

THY is the world’s fourth-largest airline based on number of destinations, serving over 200 airports worldwide. While the company’s overall sales rose in the first quarter of 2014, the airline posted a TL 226 million loss in profits during that period on a year-to-year basis.

A 35-year-old man has been killed in Yalova province by a drug addict on the grounds that the victim was a follower of the faith-based Hizmet movement, against which the government of Prime Minister Recep Tayyip Erdoğan has declared battle since last year, and because he was a critic of Erdoğan.