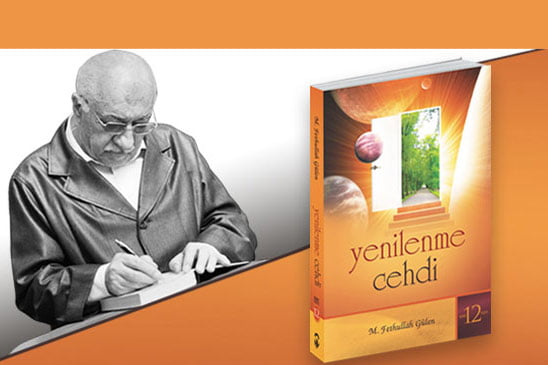 Fethullah Gulen’s new book [written in Turkish] “The Struggle of Renewal,”* the last of Broken Pot series published by Nil Publications, sold 200.000 in 20 days in Turkey. Gulen’s books are guiding ones, which address to and suggest solutions for the needs of society”.

Yilmaz Simsek, NT Stores director of Book Category, said the book was soon on the Best Sellers list. Simsek, who states that sale went beyond 200 thousands in a short while, said, “We observe a keen interest in readers since Fethullah Gulen’s books are guiding ones, which address to and suggest solutions for the needs of society”.

Yilmaz Simsek, emphasizing that NT serves readers in 152 stores in 8 countries and 135 stores nation-wide, said, “As NT Stores, we take pains in assuring books we deliver to our readers are high-quality ones. We are aware of our responsibility”.

* “The Struggle of Renewal” is about how to renew and revive the inner self.