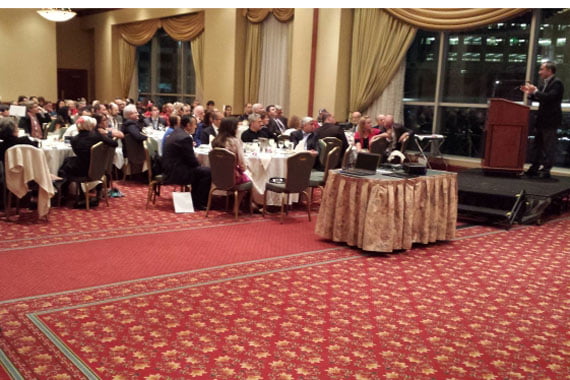 Akyol started out his presentation on his book, Islam without Extremes, by sharing his motives for writing the book. He specifically spotlighted the practices in Saudi Arabia and Iran, where women are forced by law to wear headscarf and forbidden from driving, and where also stores have to be closed during prayer times. He underscored that the verses and prophetic traditions alleged as basis for such practices are superficially understood and poorly interpreted. Speaking of Turkey, regarded as a democratic one, on the other hand, he noted headscarf was banned in public institutions until recently. According to Akyol, to import a practice from France to Turkey, which differs in culture and religion, contradicts understanding of liberal democracy.

Akyol in his book argues true Islam is a universal religion free from violence, terror, coercion and autocracy; and allows individuals to freely practice their beliefs, which was best modelled by Ottomans. Akyol went on to say Hizmet Movement with its school, dorms, universities, hospitals, aid organizations and media outlets worldwide, which embrace everyone regardless of faith, language, race or gender, tops the contemporary such examples. Akyol, in this regard, thanked Pacifica Institute for their efforts. The event came to a close with Akyol’s signing his books.